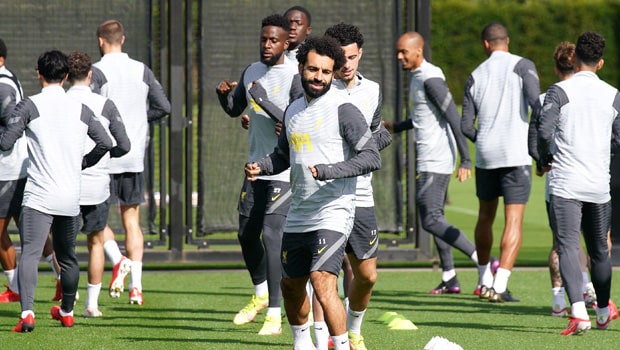 Former Manchester United defender Rio Ferdinand has rated Liverpool’s forward Mohamed Salah as currently the best player in the English Premier League. Salah scored a screamer against Manchester City on Sunday at Anfield as he went past four of the visitors’ defenders to find the back of the net.

Salah was at his incredible best and it was the work of the genius as Egyptian helped Liverpool take the lead. However, his brilliance went in vain as the hosts had to share the spoils as Kevin de Bruyne scored in the 81st minute for the tourists to level the scores.

In fact, Salah had also provided the assist for Liverpool’s first goal as he had found Mane after a fine run.

Ferdinand stated that Salah’s brilliance with the ball was akin to the FIFA game.

Ferdinand said, “His goal was like being on FIFA, that chop, I’ve done that many times on FIFA where you pretend to whip it top corner and then you chop it back. Playground skills. Salah is scoring goals that are helping Liverpool win Premier League and Champions League titles.”

He added: “What I like about Liverpool was they started terribly and they reacted at half-time, came out a different animal. The first-half Liverpool couldn’t get out and City could have had two or three first half, I think City will be disappointed not to win and Liverpool happy with a draw.”

Salah has been instrumental in the success of Liverpool over the years and has done a fine job for Jurgen Klopp’s team. The Reds are currently in second place in the points table with four wins from seven matches (15 points) and are hot on the heels of table-toppers Chelsea, who have 16 points after seven matches. They will next face Watford at Vicarage Road on October 16 after the international break.