Home » Football » How have the ISL teams fared so far this season in attack?

How have the ISL teams fared so far this season in attack? 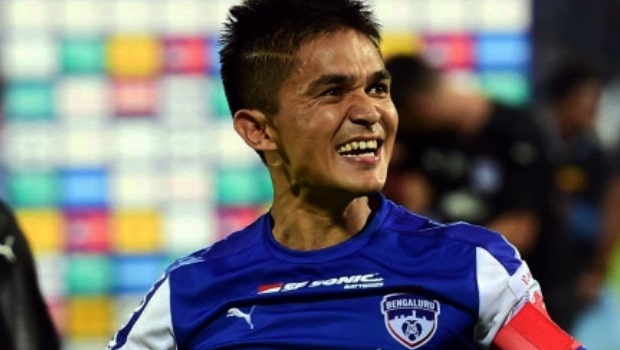 We are already 26 matches deep into the Indian Super League this season and it is quite fair to assess how the forward lines of the teams have fared in the tournament so far. All team has played at least five matches each. While some have been very good with their attacking display, other teams have struggled to find the back of the net. Here, we would categorize the teams into four zones- ‘Best’, ‘Good’, ‘Average’, and ‘Poor’ based on how their attacking numbers stack up so far. Let’s take a look.

The Kolkata based franchise has been scoring two goals per match on average and are placed right at the top of the ISL table after five matches. Their forwards have been in sensational form and have troubled their opposition backline in each of their matches so far.

The Gaurs have carried their reputation of being the best attacking team in the ISL forward into this season as well. They have scored the joint most number of goals (10) this season so far and are looking good to score more in the upcoming fixtures.

The new entrants of the ISL have been quite good with their attacking display but there is still room for improvement in the midfield. More than 90 percent of their goals have come from the boots of Aridane Santana and Xisco Hernandez combined. Hence, other players need to step up as well.

The Jamshedpur outfit has made a good start to this season. They are placed at second in the league table and that is due to the consistency of their midfield and forward lines. Yes, Sergio Castel has scored a little over 50 percent of Jamshepur’s goals so far but other players have combined to score the remaining half as well. So that’s a good sign.

Last year’s semifinalists are off to a good start again as they are placed at fourth so far. The signing of Ghanain international Asamoah Gyan has been a big boost and the the improvement of Redeem Tlang’s finishing skills bodes well for them.

The Islanders have been pretty good as well with their attacking prowess but they need to improve their overall position in the table. They are placed at seventh at the moment and thus, they will need their other players to step up and score more.

The Bengaluru outfit was finding it difficult to score in the first few matches but they have turned it around in the last couple of matches. There is still room for a lot of improvement though as their attacking numbers are pretty average. Sunil Chhetri and Udanta Singh will have a big role to play.

They are placed at eighth in the table and a big reason for that is their inability to score. But Nerijus Valskis’ exploits in the last couple of matches has brought some relief for them as they have accumulated four points in the last two games.

They are placed right at the bottom of the table and have managed to score only four goals so far. Marcelo Pereira is waging a lone battle as he has scored two of them. Other players have looked totally off colour and need to contribute more.

They started off brightly with a 2-1 win over ATK in the tournament opener but their form has fizzled away ever since. They managed just one goal in the next four games and that sums up why they are placed at ninth in the table.