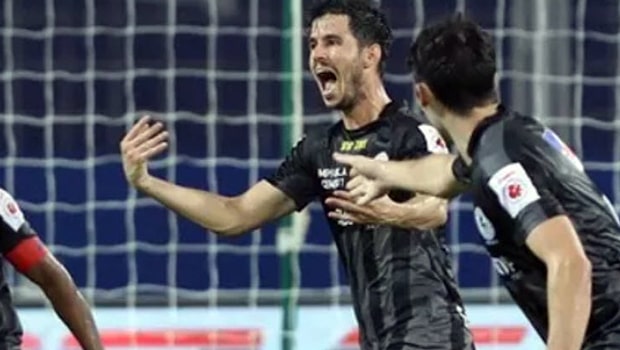 Therefore adding someone as experienced as Edua Garcia may go a long way for the club. The Spaniard can play in multiple roles in attack and has a lot of experience in Indian football. He has penned a one year deal with the Nizams and was very excited to join the ISL and take them to greater heights. He said, “I am very excited to start my journey with Hyderabad FC. I promise to give my best and help the club grow with my experience and my work.”

“I want HFC to finish as high as possible on the table, and will work hard for that. I will also always try to help the team by giving what the coach wants from me,” he added.

The 31-year-old was a shadow of himself in the last season for the ISL runners-up ATKL Mohun Bagan. He was suffering from persistent injury problems and only clocked 830 minutes for the Mariners scoring a solitary goal. His best form was on display when he guided Antonio Lopez Habas’ men to the ISL title. In the 2019-20 season, he scored six goals and three assists, all from the bench as he played a supporting role to David Williams and Roy Krishna.

Before his ATK stint, Garcia first came to India to ply his trade for Bengaluru FC in 2017. He played in 14 matches for the Blues in the 2017-18 season and notched up five assists along with two goals. His impressive performances attracted Chinese outfit Zhejiang Greentown and they paid his transfer fee to secure the Spaniard.

However later he came back to feature in the ISL again but it proves his credentials as a player. Hyderabad FC will hope that he flourishes as they will be looking to give him a more prominent role than he was getting at ATKMB. He brings that sense of maturity and experience in a young squad and Manolo Marquez also understands his importance.

“Edu (Garcia) is a good player and such players are always important. He has lots of experience of playing in India and will certainly help the youngsters in the squad,” said Manolo.

“He can play in centre midfield, attacking midfield and on the wings too. His versatility will be a huge asset for the squad. I am sure he will be comfortable with the group,” added Manolo.

Before Edu Garcia, the Nizams have already announced the signing of Bartholomew Ogbeche and are building a formidable team for the upcoming season.