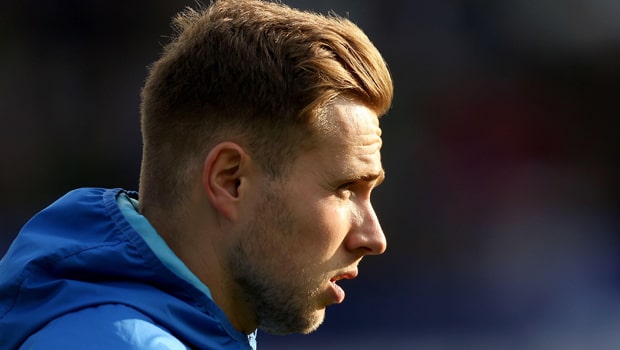 The Indian Super League’s sheen has been stolen by the rising COVID-19 cases and with matches getting postponed. Amid all the problems Jamshedpur FC will be aiming for the summit as they take on high flying Hyderabad FC in their latest Indian Super League clash.

In five previous meetings between the two teams, four matches have ended in draws. Only once have Jamshedpur FC prevailed over the Nizams. This season in the first leg the match ended with a 1-1 scoreline with Greg Stewart and Bartholomew Ogbeche scoring for their respective teams.

Ahead of facing Jamshedpur FC, Hyderabad FC head coach Manolo Marquez addressed the media. At first, he shared his thoughts about the Men of Steel. He pointed out how it has always been a very physical battle with Jamshedpur FC. He also calls Greg Stewart the best player in the league.

“It’s a very tough team, very physical and a typical English team. They have the best player in the championship in Greg Stewart who is very dangerous in set-pieces. And they have a top coach who knows the Indian Super League perfectly,” Marquez began at the pre-match press conference.

The Spaniard states how they never settle for a draw but given the squads and the talent on display it has always been a very close game in recent times. He added, “These draws do not mean that it will be a draw again. I think both teams have a good squad and anything can happen in every game of the ISL.”

Greg Stewart has been a sensational signing for Jamshedpur FC this season. He has fitted right in Owen Coyle’s system and has been a trailblazer for the Men of Steel.

“It’s impossible to stop from set-pieces, we have to pray that he doesn’t deliver good crosses because his delivery is fantastic. He played in Glasgow Rangers, the best team in Scotland. Every team has one player for these situations but I think Stuart is the best player in this aspect. He can use both feet and he can dribble, feint, be clever and he is a player with experience. He is a great player and difficult to control,” Marquez explained.

Lastly, Marquez emphasised the COVID situation and shared how things are very uncertain things are in the bubble.

“All the teams are in the same situation. It’s difficult when you don’t know what will happen. The hotel staff is working very well for us, but the same things daily without families is tough. Life is not easy. But there are people out there who are worse than us. We have to continue with our work. The positive mentality is very important for this kind of situation, ” Manolo signed off.

Hyderabad FC are third in the ISL points table with 17 points and a win for them will take them level with Kerala Blasters at the summit. So they will also have a lot of initiative to win the game against Jamshedpur FC.