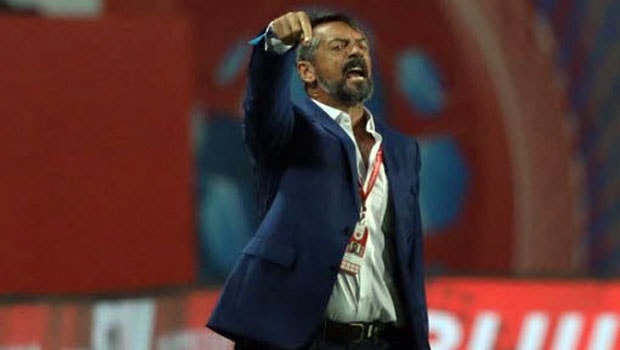 Players and Former Coach of Hyderabad FC Phil Brown have contacted the All India Football Federation stating that the team hasn’t paid them at all in 2020.

Phil Brown, an ex-English footballer, was the manager of the India Super League team from 2019 till early 2020 and he was sacked in January.

Meanwhile, the players affected are majorly foreign players, and they claim not to have been paid in the year.

The team is one of the newest in the India Super League which in itself just six years old and the team ended tenth in the ten-team competition which last held a game on the 20th of February with Atletico De Kolkota winning the league.

Meanwhile, a foreign player who spoke under the condition of anonymity stated that the foreigners understood the fact that Hyderabad FC is new and that it is a major reason payment could be delayed for up to two to three months.

However, he said that the club claims that with the outbreak of the coronavirus it was impossible to pay after initially floating the deadlines they issued as regards payment.

Meanwhile, the player believes that the club has been dishonest as banks are open.

Despite the similarity of the issue, an official of the All India Football Federation claimed that the coach and players filed their complaints separately.

While Brown who coached English side, Hull City for four years (2006-2010) sent his letter weeks ago while the players sent theirs to the AIFF at the end of the season.

Meanwhile, the Indian Super League franchise has said that it has gone into consultation with the federation as well as the concerned parties in order to find a solution due to the difficult circumstances caused by the COVID-19.