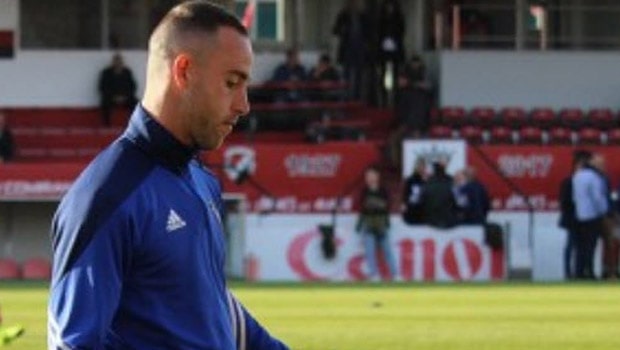 Hero Indian Super League club Hyderabad FC have secured the services of Spanish defender Odei Onaindia for one year till the end of 2020-21 season, the club revealed on Saturday. The 30-year-old has made a move from Spanish Segunda Division side CD Mirandes and he would aim to deliver his best for Hyderabad FC.

Odei is delighted to be joining Hyderabad FC and he is looking forward to training under the tutelage of coach Manolo. The Spanish defender is excited regarding his contract and he feels the Indian football is growing in stature with the help of the Indian Super League.

“I am very happy to sign for Hyderabad and I’m looking forward to starting training under Coach Manolo and competing alongside my new teammates. It is going to be an exciting season for sure.I have heard a lot of positive things about the Indian Super League from other players that I have played against. I know it is a league that is in constant growth and I cannot wait to be a part of it,” said Odei Onaindia.

Furthermore, CD Mirandes were able to qualify for the semifinals of Copa del Rey, the Spanish Cup competition. Thus, Odei Onainda is high on confidence and he would look to deliver the goods for Hyderabad FC.

On the other hand, Hyderabad coach Manolo Marquez reckons Odei will bring experience to the squad, which can help them in going the distance in ISL 2020-21 season.

“Odei is a tough central defender. He has played consistently in all the teams that he was a part of. A good header of the ball, very strong and fast, and very good in marking. He always gives his best and plays at a good level. In the last season, he was always present in the Mirandes line-up in their thrilling run to the Spanish Cup semi final, so we expect him to bring in that experience.”

Hyderabad FC had finished the previous season as the wooden spooners of the tournament and they would aim to turn the tables in the upcoming season. The ISL 2020-21 season will begin from 21st November.