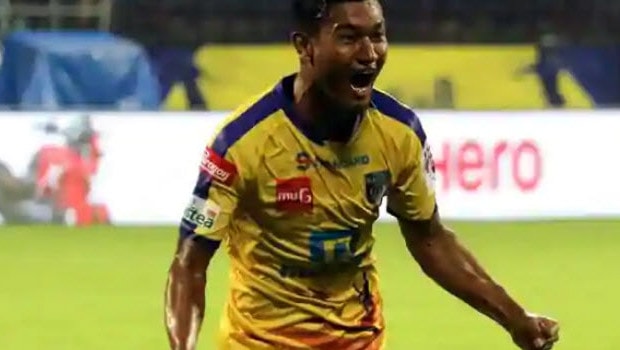 The Winger signed a two-year deal with the club and is expected to bring in experience and speed to the attack of Albert Roca’s side.

He is the second purchase for Hyderabad FC after bringing in Subrata Paul earlier, and he last played for Kerala Blasters in the previous India Super League season.

The player expressed his happiness in playing for Hyderabad and more so under a manager whose philosophy he likes.

“I am very happy to join Hyderabad FC. It’s a new team and personally an exciting challenge for me. I am eager to regroup with my new teammates soon, hopefully once the situation is better, and get down to playing football. I have known Albert Roca for some time now since his first stint in India, and working with his philosophy is something that motivates me. I have loved how his teams used to play, and I think these are exciting times for the club,” said Narzary.

The 26-year-old has played for 4 teams in the India Super League making 59 appearances, and he also has experience on the international football scene, having played three times for the Blue Tigers at the 2019 AFC Asian Cup, he made his Indian debut in 2015 having featured for the youth teams.

Manager of Hyderabad Albert Roca revealed that the player with his experience and work rate will be an asset for the club.

“Narzary is an exciting player and has been a valuable asset for both club and country over the last few years. His experience and work rate, coupled with his skill set and the ability to play on either flank and in the attack, will be important for us as a team this season. We’re very happy to have him and hope he will have a significant impact for us in the ISL.” Albert Roca was quoted saying.