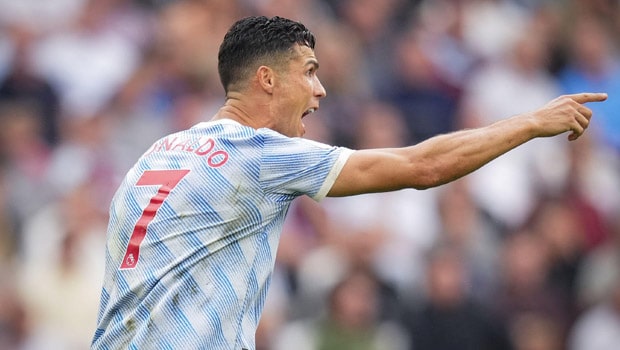 Ronaldo was recently signed by United for a massive deal of €19.8 million. Meanwhile, Ronaldo was substituted by Ole Gunnar Solskjaer in the 72nd minute in their maiden Champions League match against Young Boys. Subsequently, it was seen that Ronaldo was passing instructions to his teammates and he was guiding the players along with the manager.

In fact, a video also surfaced on social media where Ronaldo is seen motivating the team’s players before their clash against West Ham United.

Sherwood said: “We’ve already seen him do this on the international stages, at the European, for example, giving orders from outside. He knows how necessary it is and he feels he has to be at the coach’s side and give instructions.”

“The boy will be a coach, I’m sure of that. I bet he’s going to be Manchester United’s coach in 18 months. If United wins the Premier League, Champions League or FA Cup, then Solskjaer will continue. If that doesn’t happen, I think they have a coach in preparation there.”

On the other hand, former England striker Michael Owen also agreed with Sherwood’s opinion and stated that he sees Ronaldo as being a manager one day.

“I can see him being manager one day. I think it would be very hard to have the adulation, the exposure, everything he has had in his life and all of a sudden, once he retires, just shut down and then fall off the face of the earth, for wanting a better phrase.

“People like that… you look at Wayne Rooney and Steven Gerrard, who are some of the greatest players we have had on these shores. It is almost like a drug, so yes, I can probably see Ronaldo going into management.”