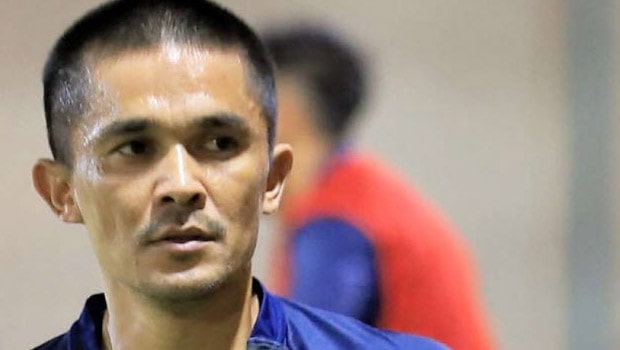 India’s skipper Sunil Chhetri has stated that he doesn’t look at personal records and his aim is to help the team win. The talisman added that the focus is to win the next game against Afghanistan in the joint qualifier of 2022 World Cup and 2023 AFC Asian Championship.

Sunil Chhetri scored a brace against Bangladesh to help his team get their maiden win in the second round of Group E. He scored his 73rd and 74th international goals in the second half and thus has gone past UAE’s Ali Mabkhout who has 73 goals under his belt and Lionel Messi’s record of 72 International goals.

Thus, the linchpin has now become the second highest active goalscorer and he is only behind Cristaino Ronaldo. The Portugal international has scored 103 goals in his glorious career.

“I do not count the number of goals. 10 years later, we will sit together, have a chat and then count. All of this is past. We play Afghanistan, and we have to be at our best. It will be a new day, a new canvas. And it is up to us to paint it the manner we want to,” Chhetri said.

On the other hand, Chhetri is now only three goals away from matching Brazil’s legendary player Pele’s tally of 77 goals. Pele had found the back of the net on 77 occasions in 92 matches for Brazil and he is the highest goal-scorer for the country.

India next face Afghanistan on June 15th at the same venue as they will hope to finish third in Group E which would seal their place in the 2023 Asian Cup. India is now placed at the third place in the second round group E.

Chhetri will look to continue his good form against the Afghanistan team.