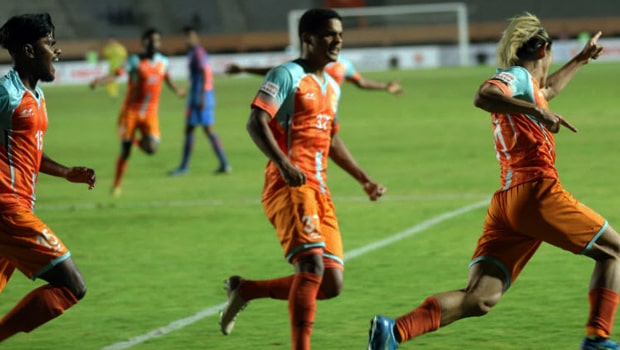 Chennai City who are I-League defending champions were on Wednesday impressive as they put an end to Mohun Bagan’s winning streak.

Mohun Bagan was on a 7-game winning streak before Chennai City’s visit to the Kalyani stadium while the visitors had only won once in their last five games which were a 2-0 victory at Indian Arrows the last time out.

Mohun Bagan’s Papa Babacar Diawara gave the home side the lead just before the half time as he scored his eighth goal consecutively.

However, Japanese and former Mohun Bagan midfielder Yusa Kasumi came to haunt his former side as his strike in the 67th minute ensured that they do not run off with another victory.

The Japanese midfielder did not celebrate his goal stating that Chennai City, where he spent four years at, was his home.

Kasumi said after the game: ‘I can’t forget these supporters. They still love me. I scored, but a celebration was not needed at all.”

Also important to the result was Chennai City goalkeeper’s save from a Diawara attempt through a header with just four minutes left of regulation time.

It is the first time since the 8th of December 2019 that Mohun Bagan would drop points at home since then Mohun Bagan has won 6 home games in the I-League after that 4-2 loss to Churchill Brothers.

Also for the visitors, it is the first time since the 26th of December 2019 that they will lose a game since their 2-0 loss to Real Kashmir.

On the log, Mohun Bagan’s cannot drop any further, at least for now as they sit 1st with 13 points one ahead of Punjab in second place.

Chennai City in 6th has 20 points from 15 games played so far this season.