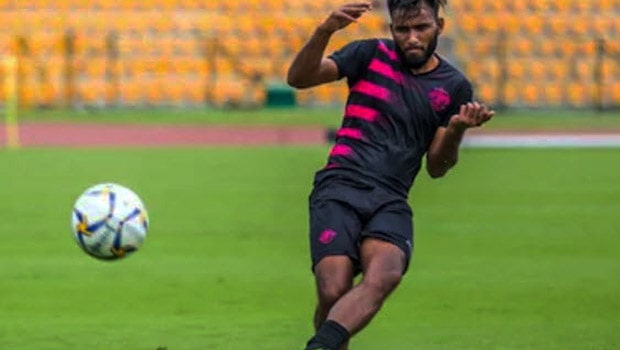 The announcement of his signature was made on Monday as the midfielder joined from Punjab FC.

He featured four times in the last I-League season for Punjab, but he had overall 21 games since 2018 when he rejoined from Mohun Bagan from a second spell at the club.

Meanwhile NorthEast United have continued to strengthen their squad ahead of the 2020-2021 season of the India Super League.

This time, they have been linked with a move for Chennai City FC’s defender Mashoor Shereef from the I-League.

In the 2019-20 I-League season, the defender Under manager Akbar Nawas missed only a single match all through the season scoring twice.

Ponif Vaz, Gurjinder Kumar, Lalkhawpuimawia & Rochharzela joined NorthEast United for the 2020-21 season while PM Britto and Sanjiban Ghosh have been linked as well.

The club made the announcement on their Twitter handle on Monday while, in a statement, the president of the club appreciated the efforts of the man who led the team to the Durand Cup in 2019.

“We would like to sincerely thank Fernando for what he has achieved at the club. His contribution to the club is significant and will never be forgotten. During his tenure at Gokulam, he has worked hard, and we express our gratitude for the achievements he made for the club,” said VC Praveen, the president of Gokulam Kerala FC on Khelnow.

Meanwhile, the club has also started its process of appointing a new manager ahead of the new season.