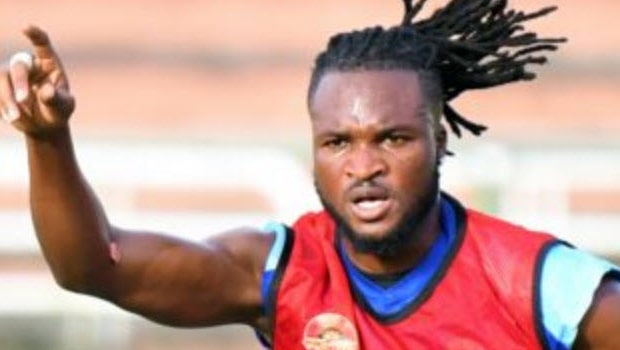 Reigning I-League champions Gokulam Kerala are all set to defend their title as they announced their new foreign signing of Rahim Osumanu from Ghana.

The Ghanaian striker has joined the Indian side on a year-long deal and will be looking to guide the Malabarians to a very successful season. The 26-year-old has plied his trade in African countries like Zambia, Algeria and Ethiopia before landing up on Indian shores. His experience of playing in these nations will help him flourish in the upcoming I-League and other tournaments.

He made a name as a fearless striker during his time at Bildcon FC in the Zambian league. Rahim Osumanu netted 12 goals in 25 appearances for the club before moving out to Zesco United in 2018. He had featured in the CAF Champions League and CAF Confederation Cup with Zesco United.

“This is my first stint in India. I am looking forward to a superb season ahead and the fans will get to know who I am shortly. I have started training and we are all set for our first championship of the season,” said Rahim Osumanu. The Ghanaian was delighted to take up a completely new challenge in India. He now needs to acclimatize with the weather and the style of play in this country and hopefully, he will gel well with the other Gokulam players.

“He is a box player and he is a top finisher. He is equally good in aerial duels. Also, his leadership skills are top-notch. I believe he can make a big impact in Asia,” said GKFC head coach Vincenzo Alberto Annese.  The Italian tactician is also very hopeful with the new signing as he feels that Osumanu has the credentials to lead the lines for Gokulam Kerala in the upcoming season.

Before the I-League, the Malabarians will play the Durand Cup in September and it will be the striker’s first test in India.