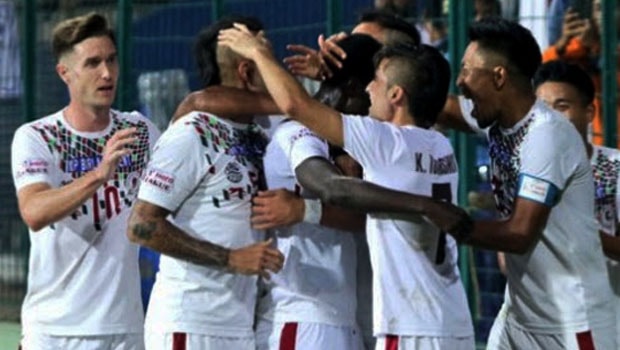 The next big decision about the I-League will be taken after the 21-day lockdown in India has been completed, the all India Football Federation has confirmed.

Due to the raging Coronavirus pandemic across the world, the I-league was officially suspended on March 14, 2020, and an official has disclosed on Wednesday that the next decision whether or not to complete the league or cancel it will be taken after the lockdown is completed.

Although there are four rounds of League matches still to go, Mohun Bagan has already won the league title after leading with an unassailable number of points, and it is now looking difficult to restart the suspended league.

An official of the AIFF who spoke under the condition of anonymity disclosed that its a 50-50 chance to resume the league.

“It’s difficult for I-League to resume. Chances are 50-50. At least one and half month is needed for the tournament to finish. We will take a call after meeting with the stakeholders. The meeting will take place after April 15,” the official was quoted.

However, despite the league Champions being confirmed, there are still a little bit at stake to fight for, especially the runners up spot, which is now a three-horse race between East Bengal and Minerva Punjab who both have 23 points after playing Sixteen round of games.

There is still the Kolkota Derby’s return leg still to be played, as well as 27 other games still to come up.

Mohun Bagan won the league title with 39 points, Sixteen points more than the second-placed East Bengal while Indian Arrows are rock bottom of the log with just 9 points from 16 games.