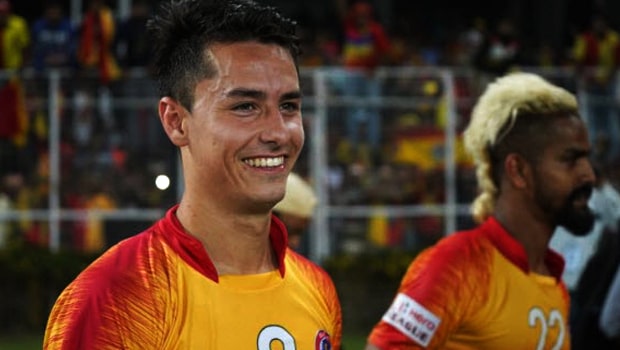 Indian Arrows’ miserable run in the I-League continued on Monday as they lost by 3-1 goals to East Bengal at home.

Both teams went into the game searching for consistency as the only win by East Bengal in the last 4 games before Monday’s match was a 2-0 away victory at Chennai City on the 25th of January.

On the other hand, Indian Arrows’ most recent win was against East Bengal on the 1st of February.

Jamie Santos gave the away side the lead in the 5th minute, although neither side was able to add to the first half score line as East Bengal took the lead into half time.

Vikram Singh had the opportunity to give the home side an equaliser just two minutes after the start of the 2nd half, but the 18-year old missed his penalty.

However, seven minutes later, the youngster atoned for the penalty loss as he scored for Indian Arrows equaliser.

Unfortunately, rather than becoming a turning point for the home side in the game, it became the only positive point for the team as East Bengal took the lead later in the 62nd minute.

Defender Asheer Akhtar was the scorer before Lalrindikar Raite scored the third goal for East Bengal five minutes later to round up the game.

The win puts East Bengal in sixth with 15 points from 12 games with Sixteen goals scored and 14 goals conceded.

While Indian Indian arrows are bottom of the Log with 8 points from 12 games too with six goals scored and 15 goals conceded.

Meanwhile, Indian Arrows’ next game will be against 7th placed Real Kashmir on the 24th of February, but East Bengal will travel to 4th placed TRAU FC a day earlier.