Home » Football » I was not getting enough minutes so I thought of finding a new club, says former ATK Mohun bagan midfielder Pronay Halder

I was not getting enough minutes so I thought of finding a new club, says former ATK Mohun bagan midfielder Pronay Halder 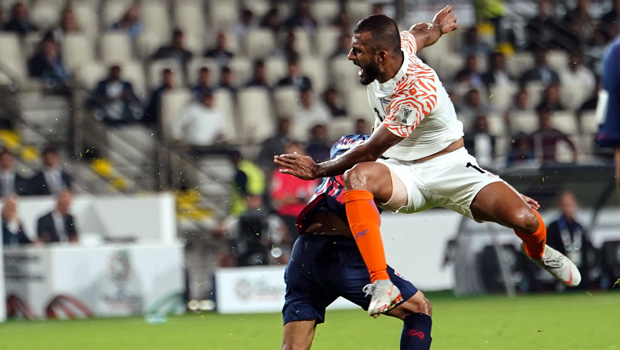 It will be a very exciting year for Jamshedpur FC fans and head coach Owen Coyle. The Scotsman was snapped up from Chenniyin FC to help the Men of Steel with the jinx of not qualifying for the Indian Super League playoffs. Last season again they finished sixth only four points behind four placed FC Goa.

However this season they have made some changes to their roster. One of the biggest names that they have signed among domestic signing is roping in Pronay Halder from ATK Mohun Bagan on loan for this season. Things changed completely when Lenny Rodrigues joined the ATKMB setup and Halder’s chances in the starting eleven gradually dried up. Therefore it saw the homecoming for the TATA Football academy graduate to join Jamshedpur, a club where he will get regular gametime.

In a recent interaction with Sportskeeda Pronay Halder shared views on a lot of things regarding Indian football and also about his former team ATKMB.  He said, “I wasn’t getting enough match time last season, so I started looking for a new club. I informed the ATK Mohun Bagan management and coach [Antonio Lopez] Habas about my decision and they agreed to it. Hence, you now find me at Jamshedpur FC (smiles)!”

Halder received a great offer from SC East Bengal aswell but when he received a call from Coyle he did not think twice before agreeing to join Jamshedpur FC. He reasoned that the Red and Golds were going through a lot of chaos and hence he took his call.

“When the Gaffer [Owen Coyle] approached me through my agent, I didn’t think twice. SC East Bengal were going through a tumultuous phase at that time, so I thought JFC would be a better option,” added the India international on his decision to join the Men of Steel over SC East Bengal.

Lastly, when highlighted how it will be to face his former team ATKMB with all his former teammates, Halder played down as he said that they would look to go one match at a time and that way the season looks a lot easier than looking at the bigger picture right from the start.

However, he adds that th Mariners will be a tough team to face especially with their forwards Roy Krishna and David Williams but Halder claims that he knows them pretty well and hopefully will stop them.

“ATKMB will obviously be a strong opponent because of their forward line. I know Roy Krishna and David Williams very well, but as a professional footballer I’ve to stop other players too.”