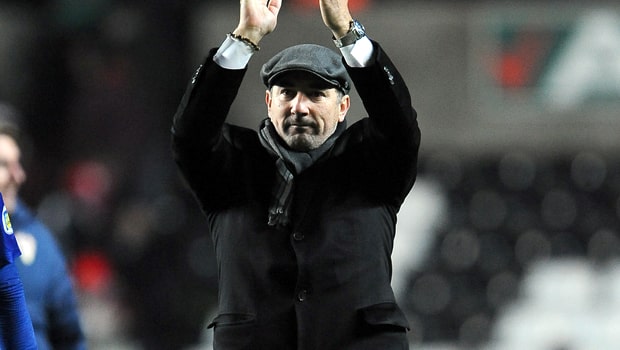 Coach of India’s national football team Igor Stimac has indicated that players need to recover from club football as quickly as possible ahead of the team’s 2022 FIFA World Cup qualifiers against Afghanistan and Oman.

Stimac who was hired in May earlier this year to replace Stephen Constantine made the assertions ahead of the qualifiers in relation to the injury worries the team is facing currently.

According to him, team doctors are currently working hard to ensure players having minor injuries are fit in time why touching on the need for those coming from their respective clubs do enough to be refreshed for the qualifiers.

“Players are coming right from matches, and our primary concern is to recover as quickly as possible so that they can hit the ground fresh.” Stimac indicated

Furthermore, he stated that every available time during camping is extremely essential and feels positive with the response of players in camp at the moment.

The Blue Tigers are preparing for the November 14th tie against Afghanistan which will be played in Tajikistan and Oman in Muscat five days later, at the HTC Sports Academy ground.

India are winless in their last 5 games with three draws and two losses but sit 4th in the 5-team group E with just 2 points from the last three World Cup Qualifying games.

Meanwhile, the Blue Tigers are 8 points behind Qatar who are in the automatic qualification spot, and although it’s looking unlikely for Igor Stimac’s men to grab the automatic spot, they are just four points behind Oman who sit in the playoff spot with just 4 points more than the Indians.

Furthermore, Indian players have been speaking ahead of the game with returning Midfielder Pronay Halder stating that the Blue Tigers has so far shown impressive performances in recent games where the team has played great football.

Halder is making a return after his last game in the King’s Cup and feels the team is in good form ahead of the away games.

However, Anas Edathodika believes away matches are always difficult, and as such requires great caution while opportunities will be scarce it’s imperative to make use of the few chances the team may have