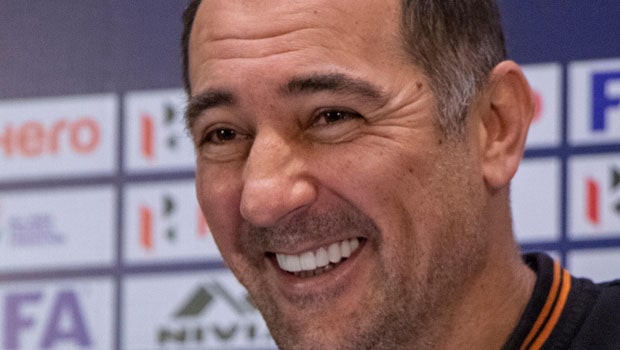 The Indian national football team is finally getting back on the field after a year long hiatus as they will take on Oman in a friendly encounter in Dubai. Head coach Igor Stimac has once again called up some great young players rewarding them for their performances at the Indian Super League this season.

The Croatian tactician expressed his views of starting all over again mainly because of the Blue Tigers returning to action after a long time. He said, “The job of the national team coach is to start from scratch, especially with such circumstances with the COVID-19 situation. It was terrible for us because we had so many plans, all stakeholders were putting so much effort to change the season duration to make the players settle better. Everything was destroyed due to this pandemic.”

“I have to trust the form of the players, I cannot rely on the past and that’s what I explained to all of the players who’re candidates for the national team,” he added,

Stimac likes to take chances and relishes the prospect of giving youngsters a go for the national team after a good season in the ISL. He feels that the young players need to taken care of and given minutes and only then they will improve.

“We need to be very careful with them, we need to provide them minutes on the pitch. Systematically, we need to take good care of them, they are our future, there is no doubt about that.

“I just hope most of them will use this chance to settle better in the future, it boosts their confidence for the future ISL seasons and they will become (regular) starters for the national team in the future,” he expressed, while referring to the new youngsters some of whom have not made their debut for the Blue Tigers.

Stimac shared his displeasure over the entire situation of the lack of Indian strikers starting for ISL clubs regularly. As he did not mince his words stating the same.

“The best future for them (Indian forwards) would be if we could have 11 strikers of Indian origin playing in the ISL in the first lineups. This year we didn’t have a single one, only Sunil Chhetri was and we have seen Ishan Pandita who came on and scored a few goals.”

“We are still struggling here, but last season of the ISL has shown us we need to have more trust in Indian players. The best example was Hyderabad FC, which played for most of the season with only two to three foreign players. I am asking all the time to have the patience and with hard work, results will come,” he opined.

Lastly, the former Sepahan manager was impressed with the new young players and feels that they have a creative style that he wants to implement.

“I think most of the players we have chosen were playing for the clubs which were playing creative football. They were not afraid of playing football. That’s why these players are here as they will easily adapt to the playing style we are looking for,” the 53-year-old stated.