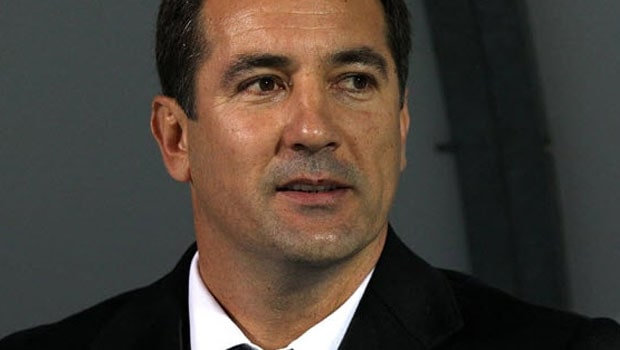 The Indian national team was handed a rude awakening when they lost 0-6 against the United Arab Emirates in a friendly match in their backyard.

There was a lot of criticism and backlash from the fans and some critics as to why Igor Stimac played an untested backline against strong opposition. Considering that the Blue Tigers were exceptional in their 0-2 defeat against the same side at the 2019 Asian Cup under Stephen Constantine.

Stimac recently addressed the issues that were raised after the humiliating defeat. He said, “The two results come in very different circumstances. Apart from the fact that in both cases UAE won, we can’t compare those matches in any other segment. In 2019, both the teams (India and UAE) played in the group stages of the AFC Asian Cup – the Continental Championship to which both teams had headed after having prepared for a long time. Both the teams came in with their best and most experienced players which were at their disposal.”

On the other hand the All Whites are a much more settled unit and most of the players are playing together since the 2019 Asian Cup followed by the Gulf Cup and the five friendlies since the Coronavirus pandemic.

“We used to check the strength of our new players against the best striking line-up of UAE that has been playing together for a long time. It is unusual and surprising that many are now trying to create a bad atmosphere around us,” Stimac added.

Stimac dismissed all the criticism of him and also was not ready to accept that the loss happened due to him experimenting with players.

“Experimenting is when you play players in positions they have never played or when you switch to a game system that you did not practice in training. Personally, I don’t like the word experimentation and it doesn’t fit with what we do. We didn’t bring a single player to Dubai who didn’t deserve it with his performances in the Indian Super League.

“However, due to illness, injury or poor form we could not count on Rahul Bheke, Seriton Fernandes, Ashish Rai, Brandon Fernandes, Abdul Sahal, Udanta Singh and Sunil Chhetri,” he explained.

Stimac does not believe in a settled lineup but he rather feels that a pool of 30-35 players competing for places in the starting eleven. He feels that these unpleasant results will be a lesson for the players to work even harder. He also added that for now India’s aim is to qualify for the 2023 Asian Cup.

“Each new match is a new challenge and an opportunity to confirm the indicated trust or to leave the place to another candidate. The (Indian) national team consists of 30-35 players competing with each other for the starting position. Each position must have two-to-three quality players who are able to meet the requirements at a given time,” the India coach has a longer vision as he is looking towards the 2026 World Cup qualifiers.

“The best ones will learn lessons from these unpleasant results, and keep going forward together. They will invest more time in their work, improve their muscle strength and knowledge in technical-tactical points. At the beginning of our work we had clearly stated our goals – to qualify for the AFC Cup 2023, and create a team that will take a more serious part in the next World Cup qualifier in 2026.”