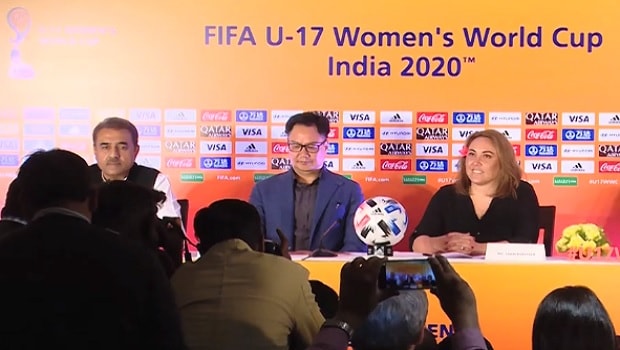 2020’s edition of the FIFA u17 women’s world cup has been postponed after FIFA’s COVID-19 working group made the recommendation.

The 7th edition of the Competition was initially scheduled for November in India, with the start date set for the 2nd of November till the 21st of November, but with the new arrangement, a new date will be announced later.

A joint FIFA-Confederations group was created to evaluate the effects of the COVID-19 pandemic met on Friday and made a unanimous decision after a series of recommendations.

Also, there will be a meeting to revise the scheduling of the 2022 FIFA world cup qualifiers for the tournament to be hosted by Qatar.

“FIFA would like to thank the positive contributions and cooperation of all confederations’ representatives and to highlight the spirit of unity, solidarity, and mutual understanding which culminated in the adoption of these decisions,” FIFA states in a statement.

The statement also revealed that the institution prioritizes health, which is also the major criterion in every process of making a decision.