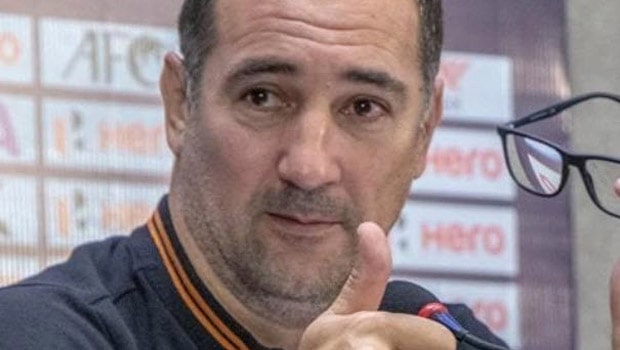 The Indian football team narrowly lost to Qatar in the 2022 FIFA World  Cup Qualifiers and will look to rectify their mistakes in their upcoming clash against Bangladesh. It is a crucial fixture for the Blue Tigers considering 2023 AFC Asian Cup qualifications are at stake.

Therefore head coach Igor Stimac addressed the media ahead of the crucial encounter. He started by explaining the result against Qatar and the overall impact of the result on the team. “Of course, it was a difficult match against Qatar. Playing with a man less for most of the game was not easy. We suffered a lot with regards to the energy levels.

“In a way, it is a big thing for us – the team, our supporters, the Indian people, to win this game. That is how we are going to approach this game, without disrespecting our opponents. Our team has improved and is going to be a better side on the pitch and deserve to win the game,” he added.

The last time when these two sides met, Bangladesh opened the scoring and India somehow managed to restore parity late in the game. Hence both sides will look to take the attack to the opposition in search of valuable three points. However, Stimac believes that his men can win the clash despite the recent hiccup.

“In the football world, I would say they are very annoying team who disturb the opposition with so much defensive work, quality work – with blocks – quite similar to what we did against Qatar.

“In football at times, you need to do everything possible to irritate the rival team, to annoy them, to cut their passing. Bangladesh are fighting for every point in the group and whatever they do, they do it as a team,” he further added.

Stimac rubbishes the claims of this match being India’s last chance to secure qualification for the AFC Asian Cup. “We have one more game after Bangladesh. This is not our last chance or not even one before that,” he explained.

“Our aim stays the same, since the start of this tournament. That is to qualify for the last stage of AFC (Asian Cup). We can do that even from the fifth position,” Stimac signed off.