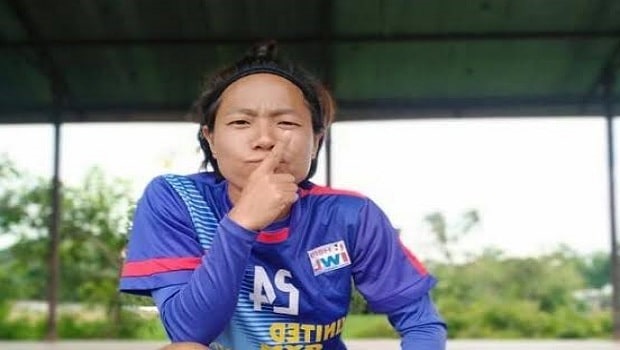 There was another spectacular display from the Indian national women’s football team as they thrashed their opponents by 6-0 at the ongoing South Asian Games on Thursday.

Sri Lanka was India latest victim as the duo of Sandhiya Ranganathan and Ratanbala Devi scored a brace each while Dangmei Grace and Bala Devi also recorded their names on the scoresheet in the six-goal bashing.

The Indians were dominant from the last of the whistle as they opened the scoring as early as the seventh minute through Dangmei Grace hit the target from a Ranjana Chanu cross.

It took Sandhiya Ranganathan just three minutes later to score the second goal of the game after she met a lovely pass from Ratanbala and finished off coolly and she turned provider a few minutes later for Rantabala who took the score to 3-0.

The defending champions of the tournament who had two players score two braces in the match, one of which was scored by Devi who scored both goals across both halves with the second coming with two minutes left of the regular time.

Despite the changes made by the coach of the team Maymol Rocky in the second half, the Indians were hardly troubled in their own half.

Nevertheless, Bala Devi still had enough time to score one and round off an emphatic victory, the second of the tournament.

It’s another win consecutively for the Indians who are the defending Champions of the South Asian Games which is its thirteenth edition.
Earlier on Tuesday, the Indians walloped Maldives 5-0 in their first game of the competition.

India are yet to lose in over ten games with their last loss coming against Romania in an international friendly in March earlier this year.

Meanwhile, their next game is against Nepal in the last group game of the South Asian Games.