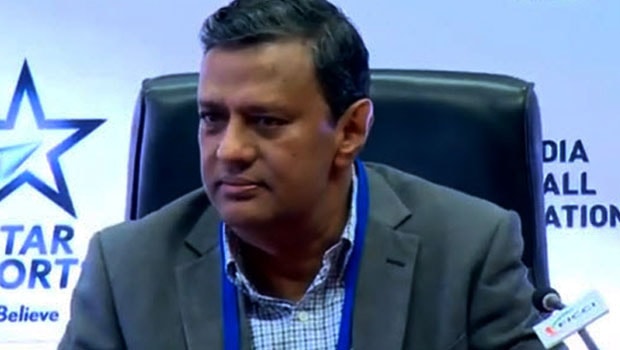 India has shown its interest in hosting the AFC Asian cup in 2027 after the all India football Federation (AIFF) submitted a bid in that regards.

While India has never hosted the tournament before, the Blue Tigers have managed to play at the AFC cup four times. Their debut was in Isreal in 1964, Indonesia 1984, Qatar 2011 and 2019 in the United Arab Emirates.

The Asian Football Confederation is expected to release the name of the host country for the 2027 Asian Cup in the early part of 2021. Should the bidding process for India be successful, it will be the first time the country will be hosting the event.

According to the general secretary of the All India Football Federation, Kushal Das disclosed that the documents for the bid had been submitted.

“We have already submitted our expression of interest to the AFC (Asian Football Confederation). That is what’s required as of now,” Kushal Das was quoted on PTI.

The deadline to show interest and submit bidding documents were initially placed at March 31st, but the recent Coronavirus pandemic has led to the deadline be pushed till June 30th.

“The AFC had hoped to announce the tournament hosts as soon as possible to give them more time to prepare for the quadrennial continental championship, which was expanded to 24 teams for the 2019 edition in the United Arab Emirates,” the AFC stated in a statement.

Saudi Arabia is the only country that has publicized its interest to host the competition although the three-time AFC Asian Cup winners have never hosted it before.

India had initially taken part in the bidding process for the 2023 edition of the tournament albeit the country dropped out of the race in October 2018.

India had joined the race for the 2023 AFC Asian Cup, alongside Thailand, Indonesia and South Korea, but pulled out early in October 2018.

China has won the hosting rights of the 2023 AFC Asian Cup while India hosted the FIFA U17 Men’s World Cup in 2017 while the 2020 U17 Women’s World Cup is also scheduled to be held in the country although FIFA has postponed all international football indefinitely.