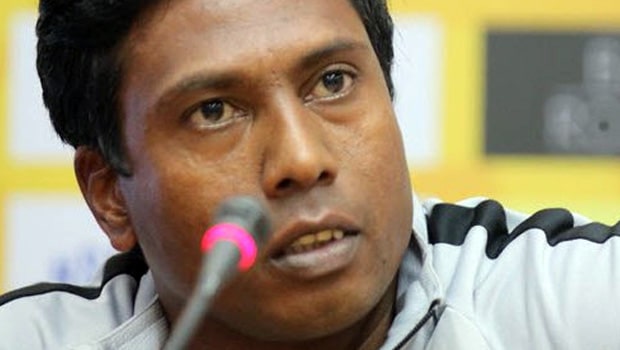 The Indian national team came up with their best performance against the Maldives, which was their must-win game at the SAFF Championship. The Blue Tigers started slowly with draws against Bangladesh and Sri Lanka. However, they came back to winning ways with a win against Nepal and then followed up with a brilliant 3-1 win against the Maldives.

Indian talisman Sunil Chhetri came up with a brilliant brace whereas Manvir Singh broke the deadlock and gave Igor Stimac’s men an early lead. But the game ended on a sour note with Subhashis Bose getting sent off and will miss the finals.

India assistant coach, Shanmugan Venkatesh addressed the media after winning the match at the post-match press conference. “We’re happy about reaching the finals. The players are feeling very good. To make it to the finals was our primary vision,” Venkatesh began.

He further added, “This win was special, also because the SAFF Championship is the first time where we’re playing in front of a packed audience since the onset of COVID-19. As a result, the players are happy with how they’ve performed and the end result.”

The Blue Tigers gave a glimpse of their attacking play and showed a lot of intent against the Maldives. When asked about the change in intensity and game plan, Venkatesh added, “Maldives are one of the best sides in the SAFF region on a technical point of view. When you face such a side, a suitable approach has to be planned.

“Our situation was also different, unlike previous matches, as you know. This was a must-win game, so the motivation was of a different kind. Overall, these reasons played a role in the improved attacking intent,” he added.

The Indian team will now gear up to face Nepal in the finals of the SAFF Championship. The Gorkhalis have been sensational in this tournament as they held Bangladesh to a draw to qualify for the finals. Abdullah Almutiari will look to improve his team’s performance from their group stage loss against India. The players will also be pumped to not repeat the same mistakes that they did in the previous clash.