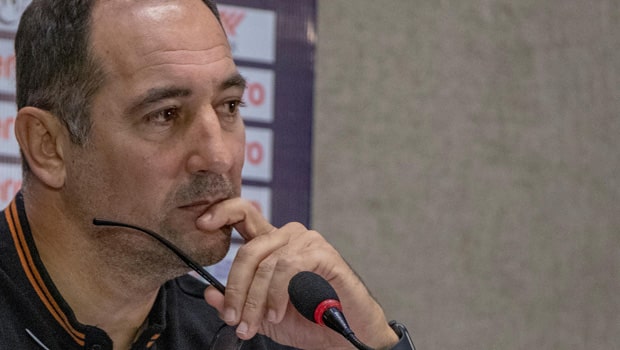 The recently updated FIFA rankings would not have amused the Indian football fans as the Indian national team dropped down another position and are now ranked 105 in the world. The Blue Tigers are currently as many as 12 points below Palestine who are 104th and six points ahead of Thailand who are 106th in the rankings.

Among the teams from the Asian Football Confederation (AFC), North Korea and Thailand have shown massive improvement in their rankings. North Korea has moved as many as six places above their previous ranking to stand at 109th in the world whereas a great World Cup qualifiers outing has seen the War Elephants jump up four places in the rankings to be placed at 106th in the world. Japan at 28 in the current rankings still remains the highest-ranked nation in the continent followed closely by Iran at 31st and the Korea Republic at 39th in the latest FIFA rankings.

The top of the rankings pile remain unchanged as Belgium still holds the no. 1 spot with authority followed by World Champions, France, Brazil, England and reigning European Champions Portugal to complete the top five. Former World Champions Germany still remain outside the top 10 rankings in the World as they are ranked 12th in the latest rankings.

Coming back to India, the Blue Tigers recently played a couple of friendly encounters in their trip to Dubai where they also managed to set up a camp. The matches were against formidable teams- Oman and the hosts United Arab Emirates. Igor Stimac’s men played Oman at first and were looking very shaky in the first half as Oman had a 1-0 lead over them at the break. However, they looked much better unit with some tactical changes and courtesy of a great headed goal from Manvir Singh, India restored parity and the match ended 1-1.

However, the scenes at the match against UAE was totally different as Igor Stimac went with numerous changes and a completely new look defence from the last game. Hence there was no chemistry among the players as Bert van Marwijk’s men ran riot humbling India with a 6-0 defeat where star forward Ali Mabkhout scored a brilliant hattrick.

Stimac’s attitude of handing youngsters opportunities against a formidable opponent like UAE did not sit well with the Indian fans as he received a lot of flak. Therefore the results in UAE have resulted in their rankings taking a slight hit. But they will get chances to recover that in the upcoming World Cup qualifiers.