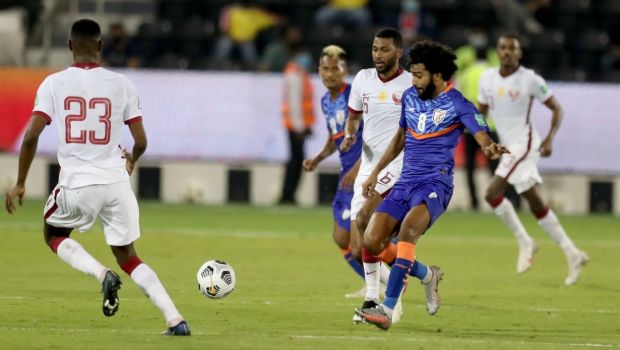 India international Glan Martins has penned a fresh three year contract with FC Goa. The Goan midfielder was splendid in his debut Indian Super League season and hence the Gaurs want him to commit his future with the club for a long time.

The new deal will keep the box to box midfielder in Goa till the summer of 2024. This deal comes as a reward after Martins exceptional performances in FC Goa’s maiden Asian Champions League campaign.

The former Churchill Brothers man is all set to be a very important player in Juan Ferrando’s system for the upcoming seasons. Martins provides the stability at the base of the midfield which allows FC Goa’s forwards to take the game to their opposition. His consistent performance at the middle of the park was rewarded by a maiden call-up for the Indian national team.

He showed tremendous tenacity and drive while featuring for the Gaur in all of their six ACL fixtures. He caught the eye of several people during the continental tournament in which Ferrando’s men played in April. Following his national team debut, he played in all three World Cup qualifiers for the Blue Tigers.

“It’s really exciting for me and my family to sign this three-year deal with the club,” Martins told the official FC Goa website after putting pen to paper until at least 2024.

“I’ve grown so much here at this club in a very short time, both on and off the pitch. I would like to think that I am now more aware of what is expected of me, I know what I need to bring to the table. “I feel like I’m in a position now, where I’m finally starting to realise my potential and give my all for the cause.

“There is more that I can do here at FC Goa to help the team. I want to play in the Champion League again. I want to win trophies here. Not only for the Club and the team, but also for the amazing people of Goa. I’m really excited to see what we can go on and achieve in the coming years.”

FC Goa coach Juan Ferrando was delighted with Glan Martins contract extension. He said, “The first thing I remember when anyone tells me about Glan is the first time he came to training. I could feel that he was really hungry. He wanted to play, to participate. He wanted to get in and make a difference. That’s something I really value. Someone who has the drive and has character to take decisions on the field,” the Spaniard asserted.

“I am so happy to have him now back in the team for the long run. He is a real professional who improves our team.”