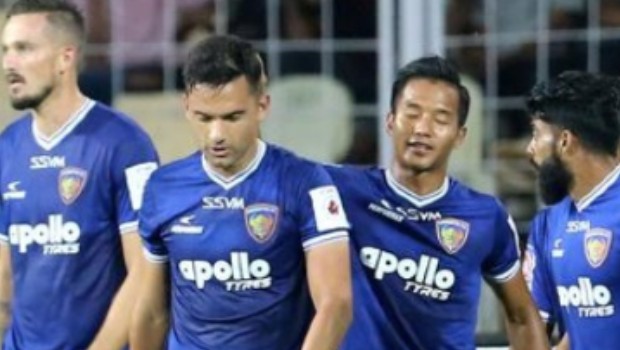 The Indian Super League (ISL) saw ATK being crowned as the Champions for a record third time on Sunday as they beat Chennaiyin FC by a 2-0 scoreline. This season saw the influx of some very good overseas players, but the growth of the young Indian players was immense as well. Here, we take a look at some of the best Indian youngsters who impressed us with their skills this season.

This was by far the best ISL season for the 22-year-old. Chhangte netted a total of seven goals during the course of the season which was also his highest tally in a single season of the ISL. Earlier he had scored eight goals in a total of two ISL seasons. Not only that, six of his seven strikes came in Chennaiyin’s last eight matches. Moreover, he had scored a goal each during both legs of the playoffs against FC Goa.

This was once again the best season for Brandon. The 25-year-old assisted a total of seven times this season and his two goals were just the icing on the cake. He had 3 goals and eight assists in the previous three seasons of the ISL combined and that goes on to show how much he has improved as a player. Brandon was instrumental in FC Goa’s success as they finished as the best side in the league stage and fought hard in the semifinals too.

The reason I wake up every day and do what I do. Words can’t describe holding this trophy for a second time. I’m just so happy & so thankful. #AamarBukey #ATK #PD33 #Eksathe #BanglaBrigade #ISL #ISLChampion pic.twitter.com/o18FmezfcF

The ATK fullback had been in sensational form this season. He wasn’t only solid at the back but played a crucial role in ATK’s attacking ploys as well. Das helped his side with a total of 5 assists along with keeping 9 cleansheets. The 2019/20 season has clearly brought out the best in Das and he will hope to continue with this form in the coming times as well.

He is another Indian midfielder who has realized his true potential this season. Thapa was a crucial part of Chennaiyin’s set-piece play and his accuracy from such positions kept troubling the opposition defence continuously. The 22-year-old supplied a total of six assists and topped that up with a goal as well. He has some bright years of his career waiting ahead for him.