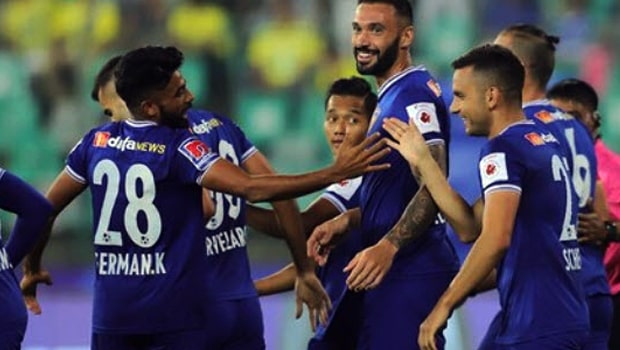 Preview: Chennaiyin FC face a stern challenge as they face ISL League winners FC Goa at home in the first leg of the semi-final on Saturday. The Gaurs dominated the league throughout the season. They seemed like an indestructible force who crushed over oppositions one after another. FC Goa scored the most number of goals among all teams during the League stage and conceded the third least as well. That sums up how balanced they were both in attack and defence. Chennaiyin, on the other hand, made their run to the semi-finals possible with a late resurgence. They had just two wins to their name after the first 10 matches but they went on to win six and draw two out of their remaining eight matches of the league stage which eventually helped them to make their way into the semis. They scored a decent number of goals as well but they conceded a lot too. And that will be a cause of concern against a strong attacking team like Goa. So, their best option is to deal fire with fire. Their attackers have been in good form and they should strategize to launch continuous attacks on the Goa defence as well.

Chennaiyin FC: Nerijus Valskis and Rafael Crivellaro will be the two key players for the home team in this match. Both of them have been in sensational form in the league stage with Valskis scoring 13 goals and assisting five times, and Crivellaro scoring seven goals along with six assists. Chennaiyin’s fortunes in this match will completely depend upon the link-up play of these two players.

FC Goa: Ferran Corominas and Hugo Boumous will be the main players to watch out from FC Goa. Corominas has scored 14 goals in the season so far and could well end up as the highest goalscorer this season once again. Boumous, on the other hand, has been at his lethal best in terms of both creative and scoring abilities. He scored 11 goals and assisted 11 times during the league stage.