Home » Football » ISL: A Look at the in-form Gaurs as FC Goa eye Numero Uno finish in the league stage

ISL: A Look at the in-form Gaurs as FC Goa eye Numero Uno finish in the league stage 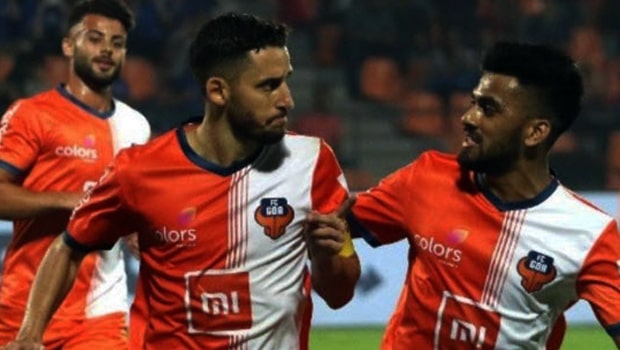 FC Goa’s next match against Jamshedpur FC at the JRD Tata Sports Complex on Wednesday is going to be very important for them.

It will not only be the last League match of this ISL season for them but their chances of ending up as the League Stage winners rest upon the result of this match as well. A win, or a draw, will see them ending the league stage at the top of the table whereas a loss will give ATK another chance to replace Goa at the top. But FC Goa have been blessed to have players who have been in sensational scoring form this season. They have literally scored for fun and have run oppositions ragged with their attacking play. So let’s have a look at those rampaging gaurs ahead of this all important clash.

Ferran Corominas: The Spaniard has attained the status of an all-time ISL great even though announced his arrival to the League only three seasons ago. Corominas has continued his sensational scoring form in this season as well. He has scored a total of 13 times in 14 games so far and has supplied four assists on top of that as well. His pace, sense of positioning and clean finishing abilities set him apart from the other players.

Hugo Boumous: The midfielder has been the heart of Goa’s midfield this season. Boumous had already impressed everyone with his creative abilities last season but he has completely levelled up this time around. Along with his tally of nine assists in the season so far, Boumous has gone on to score eight goals as well. That sums up his all-round contributions to FC Goa’s scoresheet throughout the season.

Jackichand Singh: The Indian forward had quite a timid first half of the season but he came roaring back during the second half. Jackichand has found the shooting boots almost regularly in the last few games for Goa and thus has performed almost neck-and-neck to the likes of Corominas and Boumous. He has scored four goals in the season so far and has helped in setting up three other goals as well.

Brandon Fernandes: If someone deserves equal credit as Boumous for Goa’s flawless play and chance creation in the midfield, that has to be India’s Brandon Fernandes. This has been a breakout season for the youngster as he has shown what he is capable of. Fernandes has been on set-piece duty for them throughout the season. His vision and eye for spaces in the final third are excellent. And that’s why we have seen him contributing two goals and six assists to FC Goa’s scoresheet this season so far.