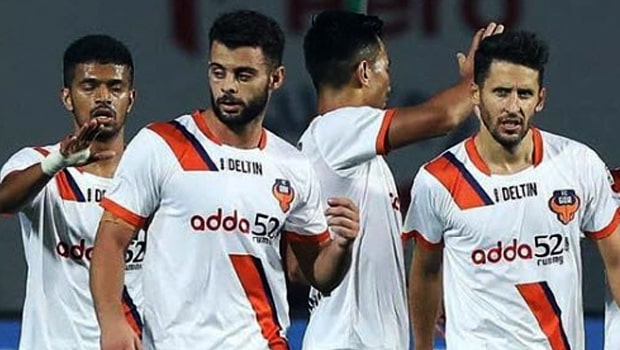 Indian Super League Club FC Goa created history when they became the first Indian club to qualify for the group stages of the AFC Champions League by beating Jamshedpur FC by a 5-0 margin in their last League game of the ISL 2019/20 season on Wednesday.

The AFC Champions League is Asia’s top club competition and it will now see FC Goa representing India. The Gaurs made this possible with their thrilling victory over Jamshedpur and they also finished as the ISL League winners with this win.

FC Goa finished at the top of the ISL table with 39 points from their 18 games. They scored a total of 46 goals during the season as well, which is an all-time high for themselves.

Many players contributed to their success during the season, but they can’t thank the likes of Ferran Corominas and Hugo Boumous enough. Corominas scored 14 times in 15 games and had four assists to his name on top of that as well. Boumous, on the other hand, was seen on fire throughout the season as he not only scored 11 goals but assisted 10 times as well.

A five-star performance has given the Gaurs a place in the AFC Champions League. 😍

In fact, Boumous was the best player for the Gaurs in this match against Jamshedpur as well. He scored twice and assisted an equal number of times to set up Goa’s victory. Jackichand Singh, Coriminas and Mourtada Fall were the other players who stepped up with a goal each.

FC Goa have brought about a certain change in the style Indian football had been played over the years. They are like a fresh breeze. This attacking brand of football is not something that we can associate with India. But it looks like this club have started the change for the better.

Soon other Indian clubs will also adopt this approach and that will take Indian football to higher heights hopefully.