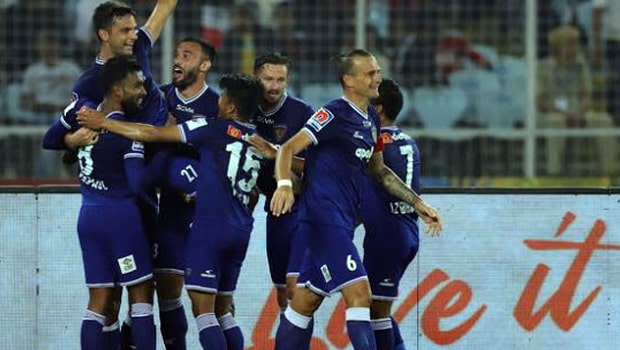 Preview: After a wonderful league stage and thrilling semifinals, it’s finally time for the final of ISL 2019/20 to take place. Two former champions, ATK and Chennaiyin FC, are the finalists once again and thus it promises to be a crackling contest. ATK have been one of the most consistent teams in the ISL this season. They finished as the second best team in the league stage and also won the semifinal against defending champions Bengaluru by a 4-2 aggregate. Chennaiyin, on the other hand, finished at fourth in the league stage. It was a late revival that powered them into the semifinals but once they got in there, they proved themselves to be a better team than League stage winners FC Goa. Chennaiyin won the first leg of the semifinals by a massive 4-1 margin. Even though they lost the second leg by a 4-2 margin, Chennaiyin progressed into the finals on account of better goal aggregate of 6 to 5. Both ATK and Chennaiyin have been good sides in terms of attack and defence and thus, this will be a tight contest.

It all boils down to this ⚔

ATK: David Williams showed in the second leg of the semifinal against Bengaluru that ATK isn’t all about Roy Krishna. Williams scored two goals and turned the momentum of the match in ATK’s favour. Now, he has seven goals and four assists to his name this season. Prabir Das another ATK player who has been fabulous. His work rate is excellent, and he has consistently contributed in attack. A total of five assists from him this season backs that fact.

Chennaiyin FC: Apart from Nerijus Valskis and Rafael Crivellaro, another player who has made quite an impact for Chennaiyin is Lalrinzuala Chhangte. He has stepped up whenever Valskis and Crivellaro have struggled to find the back of the net. Chhangte has scored seven goals so far in this season and he would be eager to leave his mark on the final as well.