Home » Football » ISL: A Look at the assist leaders at the end of the league stage

ISL: A Look at the assist leaders at the end of the league stage 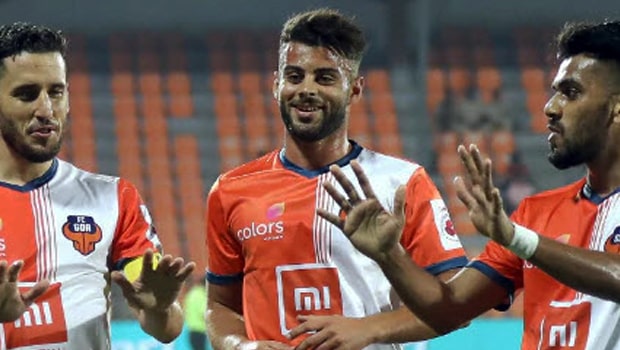 The league stage of ISL 2019/20 saw a lot of goalscorers. No doubt they played a crucial part for their teams with those all-important goals, but credit also goes to the players who set them up for the final strike.

So, let’s have a look at those players who mastered the art of assisting in this season and thus set their teammates up for scoring valuable goals.

The Frenchman had already proved himself to be a crucial part of Goa’s midfield last season as he had supplied a total of five assists in his 19 outings. However, he came back as a much more lethal weapon this time around as he not only topped the assists chart with 10 supplies but also netted 11 goals himself. Boumous looks like the complete package now and will be the player to watch out from FC Goa in the semi-finals.

This was a very good season for the Indian midfielder as he seemed to be at the top of his creative abilities. Fernandes made a lethal partnership with Boumous in FC Goa’s midfield throughout the season and was absolutely brutal with his set-piece deliveries too. He is second on the list of most assists so far but he has netted two goals along with that as well. His vision and accuracy of passing is what makes him a good midfielder.

The Brazilian midfielder’s performance was one of the main reasons that made Chennaiyin FC’s late charge into the semi-finals possible. Crivellaro’s penetrating passes and crystal clear vision helped other players in scoring as many as six goals. Not only that, Crivellaro proved to be an excellent scorer too as he scored seven goals himself. His link-up with Nerijus Valskis in particular has been terrific during the league stage and Chennaiyin will be hopeful of a similar kind of performance in the semi-finals as well.

The 33-year-old Australian midfielder sat out of the initial stage of the season due to injury but once he recovered, and returned to the Bengaluru lineup, Paartalu showed why he has been one of the best midfielders in Australia for a while. Paartalu helped in setting up five goals directly for Bengaluru during the league stage and the couple of goals that he scored himself was just the icing on the cake. With Bengaluru lacking major goalscorers and chance creators, Paartalu is someone they will rely upon heavily in the semi-finals along with Sunil Chhetri.