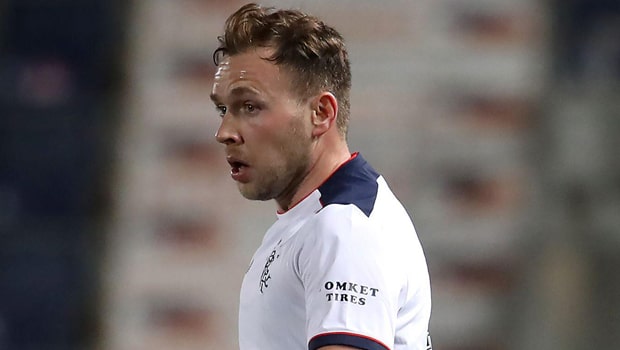 Indian Super League outfit Jamshedpur FC have roped in Scottish forward Greg Stewart for the upcoming season. The 31-year-old is a widely known figure in England and Scotland and will look to bring that experience to Indian shores.

Stewart joins Jamshedpur FC after spending a historic season with the Rangers under the tutelage of Steven Gerrard. The Scotsman was part of the Rangers ‘ invincibles which once again proves his credentials as a player.

Apart from featuring for the Rangers, Stewart has plied his trade for several outfits in Scotland and England. He began his professional career at Cowdenbeath and after four seasons he moved out to join Dundee United in the Premiership. Later he jumped ship to join English Championship side Birmingham City. However, from there he was loaned to clubs like Aberdeen and Kilmarnock. It was only after three seasons, he left Birmingham to join the Rangers.

Stewart was always on the lookout for a new challenge and hence he was delighted to join Jamshedpur FC as he said, “I am so excited to see what this season has in store for us. It’s a new adventure for me and one I am really looking forward to. It’s going to be an amazing experience to work under Owen Coyle and give everything on the pitch to get silverware for Jamshedpur. Just can’t wait to get started.”

At Rangers, he played under Gerrard’s guidance and played alongside players like Jermaine Defoe, Morelos, Glen Kamara etc. Stewart has featured in over 350 matches in his career and hopefully be a vital cog for the Men of Steel in the upcoming ISL season.

Jamshedpur FC head coach Owen Coyle revealed how the team was looking for a versatile player who could fill in different roles in midfield as well. So that is how the deal came to fruition. He revealed, “We were looking for a versatile and creative midfielder in the market to complete a menacing group of attacking players for our squad. Greg fit into that criterion perfectly. He comes with exemplary experience of playing in the biggest leagues across the UK. And of course, he had an amazing opportunity to play for one of the Glasgow giants which shows he has a strong and winning mentality. The fans can expect a lot of chances to score goals from Jamshedpur this season.”