3 of the best Spanish players to have played in ISL 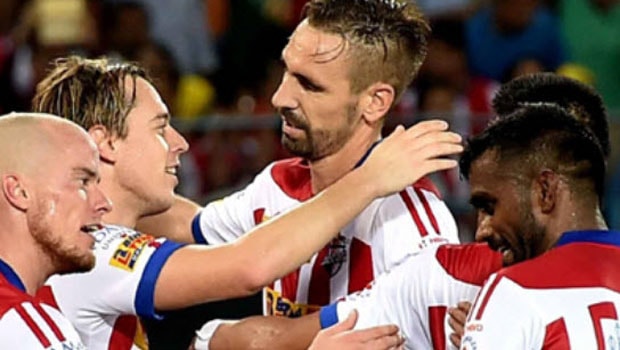 Ever since the inaugural edition, a major number of the overseas players in the ISL have come from Spain. They have dominated all parts of the field as most of the players acquired were first team material. Whether it was in defence or in attack, the Spaniards have left their impression in every position across seasons. Here, we’ll take a look at three of the best Spanish players who have played in the ISL.

He has to be the first name in the list when it comes to exploits of Spanish players in India. Corominas, who has a vast experience of playing in the La Liga, joined FC Goa in 2017 and has been a force to reckon with since then. He is also the all-time highest scorer in ISL with 55 goals to his name in 62 games. His exploits helped the Gaurs to three play-offs, one final, one ISL Shield and one Super Cup title as well. He was the golden boot winner twice and was awarded the golden ball in the 2018/19 season as well when FC Goa made it to the finals. He is 37 years of age now but he is still fit and it doesn’t look like he is going to stop anytime soon.

He is one of the most talented young players from Spain to have played in the ISL. Garcia’s first stint in the tournament was with Bengaluru FC in 2017/18 during which he helped them in topping the league table. However, he left ISL in the January transfer window for a stint in the Chinese Super League after that and returned to the ISL again last season donning the kit for ATK. His return this time proved to be fruitful as he lay his hands on the highly coveted trophy. Garcia contributed with a total of 6 goals and 3 assists during ATK’s memorable campaign and hence, will be looking to grow in his stature further here before moving to greener pastures.

Not many overseas players had the fortune of winning the ISL title twice in its first few years but Borja Fernandes won the title with Atletico de Kolkata once in 2014 and then, again in 2016. Borja was a vital cog of the midfield for the Kolkata based franchise during his three year stint. He used to play more in a holding role but his vision and excellent passing ability helped Kolkata in maintaining the temp of the game even in tough situations. He was always involved in setting up other players in Goal whether it was directly or indirectly, but he had scored a couple of long range stunners during his stay as well. After leaving ISL in 2016, Borja went on to play for Spanish second division club Almeria and then went on to play in the La Liga for Valladolid in the following season.