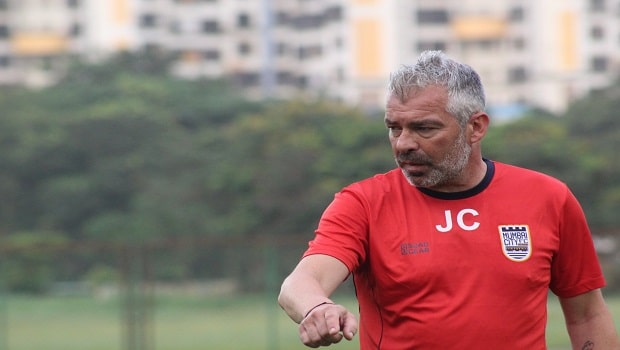 Investigations have commenced as regards to racist activities by Referee Turki Mohammed Al Khudayr in an Indian Super League.

All Indian Football Federation (AIFF) revealed this on Tuesday in relation to alleged remarks against Mumbai City FC player Serge Keyyn Angoue during his team’s Super League game against Bengaluru on Sunday, December 15 2019.

According to Jorge Costa coach of the Mumbai City, he made allegations against the match official in charge of the game in the game’s post-match conference disclosing that the referee called the player a monkey and made inappropriate gestures towards the Gabon International during the game.

In a statement by the All India Football Federation (AIFF) where the body acknowledged the complaint made by Mumbai City, and the AIFF stated that it has no tolerance at all for racial discrimination and racism and have now forward the complain to the Disciplinary Committee to take the necessary actions against the offender if found guilty.

“I am speaking about the respect that he (the match official) did not have today with one player — Serge Kevyn, that during the game, the referee made some gestures, calling him a monkey. And this, there are things that I cannot close my eyes,” Costa said.

He went on to say that foreigners in the form of coaches, referees and player are important to the India Super League as they play important roles in ensuring the league grows and develops.

Mumbai City won the game 3-2 to end a three game draw streak and also move to sixth on ten points from eight games while the game also ensured that Bengaluru dropped to third and also recorded its first loss in five games. Despite losing a penalty. Mumbai City went on to win after Subashish Bose, Diego Carlos and Rowllin Borges despite Marco Grgic and Sunil Chhetri’s goals for the Bengaluru.