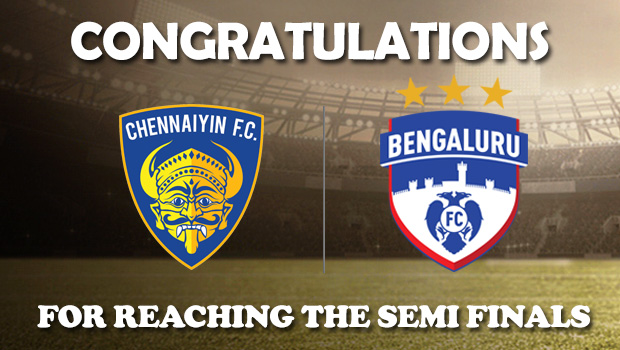 A draw against NorthEast United FC at 2-2 puts Chennaiyin FC to Semi-final leg 1 of 2 against its former title competitor, FC GOA this coming Saturday, February 29, 2020.

An early goal by Masih Saighani which gave CFC the lead, followed by a late equaliser from Lallianzuala Chhangte launched the team one step closer from claiming the title.

Also on their winning form, Bengaluru FC are scheduled to face an equally formidable opponent, ATK on the 1st of March for the ISL Semi-final leg 1 of 2 where a previous match between both teams on the 22nd of February ended in a 2-2 draw.

These feats helped cement Chennaiyin FC and Bengaluru FC within the current top 5 of Indian Super League Standings this season.

Bengaluru FC sits at 3rd place, securing a total of 30 points while Chennaiyin FC lies at a spot below at 4th place with a total of 29 points.

We at Dafanews will continuously support home grown skills in the world of sports. Along with their hometown fans, we wish Chennaiyin FC and Bengaluru FC all the best in maintaining their championship form by further enhancing their talents born out of pure passion for football.