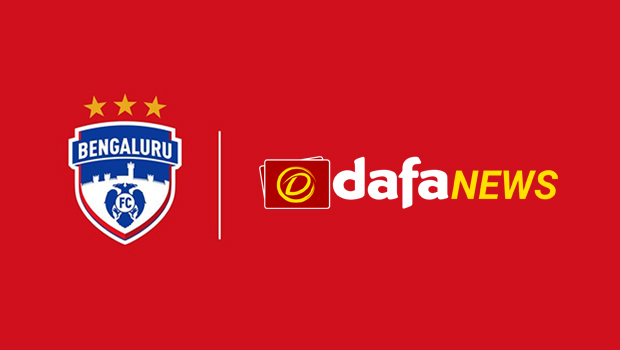 Established in 2013, Bengaluru FC is one of the top leagues of Indian football bagging two I-League titles, two Federation Cup crowns and a Super Cup championship along with the 2018-19 ISL title. Captained by Sunil Chhetri, the all-time top goal scorer for the Indian national team, the club has set new standards in professionalism and boasts of one of the most passionate fan bases.

“We are delighted to be announcing our partnership with a prestigious club like Bengaluru FC,” said Nikos Diakoumopoulos, Marketing Director for DafaNews. “We hope to work hand-in-hand with the club, as well as its passionate fans, towards common goals and hope to see football popularity increase further in India, as has been the case in recent years.

“We believe this club shares our passion for sport, and we are greatly looking forward to a long and successful partnership with Bengaluru FC.”

DafaNews brings the latest news in the world of sport, as well as up-to-date matches, scores, schedules and stories from the most prestigious leagues and events, covering the Premier League, Champions League, La Liga, Bundesliga, NBA, F1, US Open, World Cup, and more.

“We’re really happy to partner with a brand like DafaNews and believe that the opportunities of collaboration between both parties are plenty,” Bengaluru FC CEO Mandar Tamhane commented about the partnership.

Bengaluru FC will kick off their 2019-20 Indian Super League campaign with a face-off against NorthEast United FC at the Sree Kanteerava Stadium on October 21.