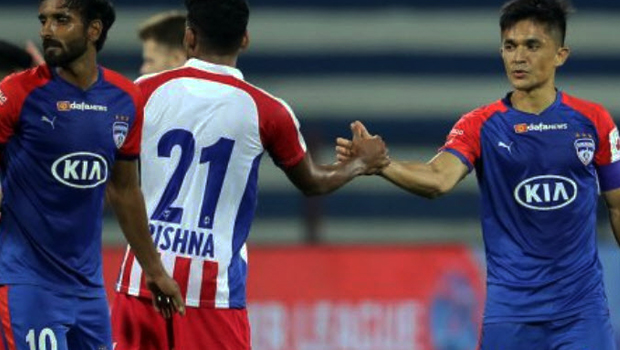 Preview: ATK will look to make a comeback when they take on Bengaluru FC at home in the second leg of the semifinal on 8th March. The first leg turned out to be quite a close encounter as Bengaluru edged out ATK by just a solitary goal. It was Deshorn Brown’s strike in the 31st minute of the match that gave Bengaluru the lead and ATK couldn’t recover from that thereafter. Even though Nishu Kumar was sent off in the 83rd minute of the match, ATK couldn’t make the most out of Bengaluru’s 10-man attack as well. ATK consistently kept breaching the Blues defence but they lacked the finishing somehow. As they head into this encounter at home now, ATK would be eager to get that finishing touch back. With home support in their favour, ATK will be hoping for a grand comeback.

📽 | "We take a lot of positives from this match and move on to the next leg."@willo_15 believes that this semi-final tie is not over by any means.#BFCATK #HeroISL #LetsFootball pic.twitter.com/pYdxGANOIO

ATK: Roy Krishna and David Williams remain the most important players for ATK. The duo have scored a lot of goals this season. While Krishna has scored 14 goals along with five assists, Williams has contributed with five goals and four assists as well. Moreover, they have a good chemistry between themselves as they have also been playing for the Wellington Phoenix in the A-League since last season.

Bengaluru FC: Deshorn Brown has been Bengaluru’s main target man in recent games and he has repaid the faith with three goals as well. Erik Paartalu remains a key member of their midfield as well. His distribution ability coupled with his vision for goals makes him a standout player for Bengaluru. His tally of two goals and five assists this season sum up his importance to the side.