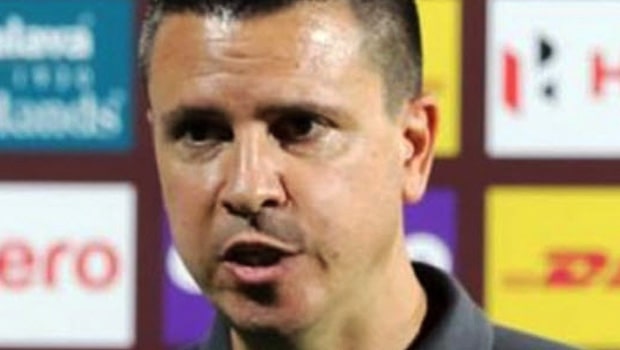 Mumbai City FC won their maiden ISL 2021 title as they defeated ATK Mohun Bagan in the final of the tournament by 2-1 after Bipin Singh scored a late goal. David Williams opened the account for the Mariners in the 18th minute of the game after poor defending from Mumbai City FC.

However, the Islanders bounced back into the contest when Tiri scored his second own goal of the season as there was no communication between him and the goalkeeper. Arindam Bhattacharja made a massive howler in the 90th minute and Bipin Singh made the most of it.

Mumbai City FC head coach Sergio Lobera was delighted with the performance of his team and credited the collective effort of the players.

“The feeling is impossible to describe in words. There are a lot of emotions… I am very proud of my team. We are a family and finally, you can see this on the pitch. I am very happy with this season and we deserve to enjoy this moment,” he said.

“I am very happy because it’s not about the coach. If you want to win trophies, you need to have very good players. It is not easy to win two trophies in the same season and make history with the club. This is a big achievement.”

On the other hand, Bipin Singh had a majestic season for Mumbai City FC. Singh scored a total of six goals in the season and Lobera was all praise for his striker. The chief coach also stated that the role of the Indian players is paramount.

“The level of the Indian players is the key to winning trophies. Because you are playing with six players in the first XI. Bipin had an amazing season, when the team is working well only then the individuals can shine. It is not only about one, two or three players. I think there are a lot of players who have put in a lot of effort throughout the season… I am very happy because everyone deserves this.”

Mumbai came up with a collective effort and they deserved to win their maiden title. Lobera also played a key role and guided his team on the right path as he got the best out of his players.

Lobera added that it was a big challenge for his team to come up with the goods as the whole season was played in the bubble and behind closed doors.

“It was a big challenge from the beginning to the last day. Living in a bubble, very short pre-season. The very short time between games. Finally, when you can win the trophy and look back, it was a big effort from everyone. Finally, we have achieved our target,” Lobera said.