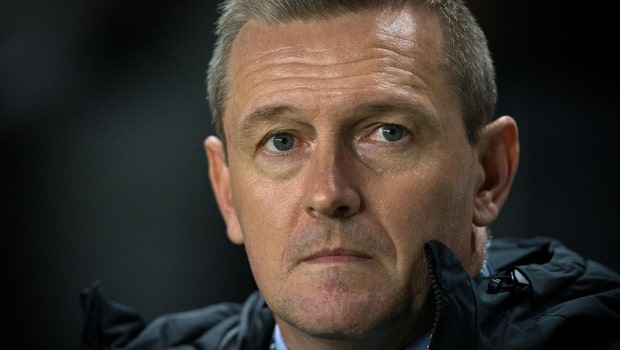 Jamshedpur FC head coach Aidy Boothroyd is grateful for the fans’ support as they are undergoing a tough time. The Red Miners had won their maiden Hero League Winners Shield in the previous season after topping the points table.

However, they haven’t been able to carry the same show in the ongoing ninth edition of the league. Jamshedpur FC has managed a solitary win in six matches and they have suffered four losses with one draw. Thus, they have only four points in their kitty and are struggling in the 10th position.

Aidy Boothroyd said in the pre-match press conference when he asked if any changes to formation will be made to turn the tables, “It would be wonderful to be able to look at our squad and say that that’s the way we are going to play but when we have had so many injuries that I’ve had to be flexible and pick a team that suits the players. So, it’s not about trying to find a magic way of playing. It’s about getting everybody fit so that we are strong and not only start the games well but also finish games well.”

Boothroyd admitted he isn’t happy with the performance of the team in the ongoing season as they have failed to come up with a collective effort. The gaffer believes they need to improve on the pitch to get the desired results.

Boothroyd said, “I am not happy. I think we have been in situations where we have played well but not gotten the results. I think we have had a little bit of adversity in terms of injuries and bad luck a few times. But so far this season we have had six games and four of them have been against the top teams. So, we have been close but not as close as we want to be. Every club goes through injuries but you have to come out of it and be in the fight to be successful. We are well aware of that. So it’s really about doing rather than talking a lot. We need to prove it on the pitch. The one thing that we can improve on for sure is our unforced errors. We have been shooting ourselves in the foot on a regular basis.”

Speaking on the unwavering support of the fans despite a poor start to the season, the Englishman said, “It is amazing. I have had people who have been very supportive. Everyone wants the team to do well and I mean everyone. I haven’t had one negative comment. It’s all been positive, purposeful, and kind. I think the support has been brilliant which makes it even more frustrating that we don’t win games here or away. I think there is a level of expectation after we were in the bio-bubble last two seasons. The last campaign was an amazing achievement and the only thing that was wrong about it was that it wasn’t in front of home supporters. But we must create our own atmosphere, our feel-good factor. We need to thank the supporters for their support as it’s been a difficult period. Sometimes thunderbolts come along and you have to ride them out. You have got to take the punches and come back from them and things turn. I am grateful for everyone’s support whether it is the fans, the players, the staff and the board. Everyone at TATA has been supportive. As a head coach, it can be lonely when you don’t win games.”