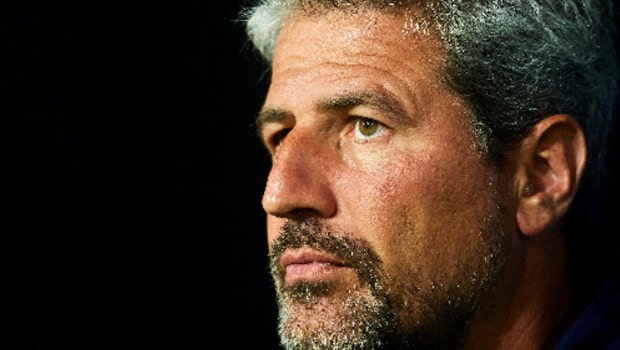 ISL 2022-23: We did not do anything to win this game: Hyderabad FC head coach Manolo Marquez

Hyderabad FC head coach Manolo Marquez admitted they didn’t do anything to win the game against ATK Mohun Bagan. The reigning champions were beaten by the Mariners by 1-0 Vivekananda Yuba Bharati Krirangan, Kolkata on Saturday.

Hugo Boumous scored for ATK Mohun Bagan in the 11th minute and it was enough for the team to bag three important points. In fact, the visitors took a solitary shot on target and Marquez was not pleased with the efforts of his team.

With this loss, Hyderabad FC slipped to the second position in the points table with five wins, one draw, and two losses.

Manolo Marquez said in the post-match press conference, “Looking at the table, we are doing well, but this team is nothing compared to the one from last season with the same players. I am very unhappy with our performance. When you win, everything feels fantastic, but I have a lot of experience in this case and it was obvious that a day will come when we will lose. Let us see, we were champions last season, and there is one thing that is a coincidence, no team has won back-to-back titles in the Hero ISL. Maybe, now I know the answer to why no team has won back-to-back titles. In our case, my players do not seem hungry to repeat last year’s feat.”

Hyderabad FC has lost their last two matches against Kerala Blasters and ATK Mohun Bagan by a 1-0 margin. They have failed to score in the previous two games and the Spaniard feels the team hasn’t created enough chances to score.

Marquez said, “We did not create many practical chances during the game. Even in the last game against Kerala Blasters FC, we created one or two chances, and tonight was the same. After we score goals, we play good football. I think the team is close to the phase where sometimes they need to change the coach or the players.”

Meanwhile, Marquez was also involved in a heated argument with ATK Mohun Bagan’s manager Juan Ferrando but revealed all is well between them.

He said, “Juan Ferrando and I have known each other for a long time. We argue in every game, and nothing happened tonight. We have a good relationship, and I congratulated him and ATK Mohun Bagan in the end. They deserved to win the game. More or less, the personal level of the coaches in the Hero ISL is always higher.”

Hyderabad FC will next take on Chennaiyin FC on 3rd December at the Jawaharlal Nehru Stadium, Chennai.