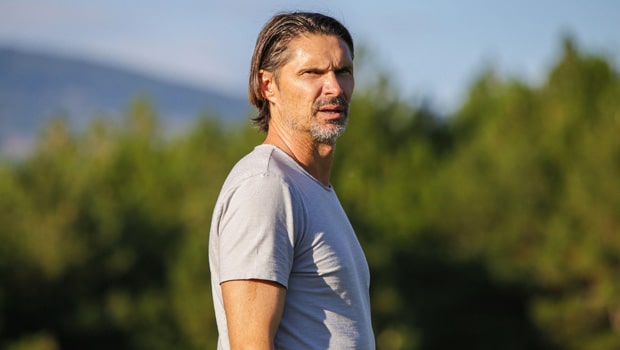 ISL 2022-23: We will analyze our mistakes and bounce back – Chennaiyin FC head coach Thomas Brdaric

Chennaiyin FC head coach Thomas Brdaric opined that they will analyze their mistakes and bounce back stronger in the upcoming matches after losing a humdinger contest against Odisha FC by 3-2 at the Kalinga Stadium, Bhubaneshwar on Thursday.

It was a see-saw game as the pendulum swung from one team to the other, especially at the fag end. Odisha FC took the lead in the 31st minute after Vafa Hakhamaneshi scored an own goal. The home team doubled their lead in the 49th minute after Diego Mauricio scored through a penalty.

However, Chennaiyin FC got back into the contest after El Khayati scored at the one-hour mark. There was late drama as the Marina Machans were awarded the penalty and Khayati equalized in the 90th minute to score his brace.

However, Nandakumar Sekar scored for Odisha FC in the stoppage time to give three crucial points to his team.

Thomas Brdaric said in the post-match press conference, “Congratulations to Odisha FC for the win. We found a way to respond and this was our objective in the second half because we knew if the score is narrow, we could change it. We had this mentality and power but unfortunately, we made some mistakes and invited opponents to come and counter, it’s hurting me. We saw the match and it was an even game, even in the second half. A draw would have been a fair result but in football, it’s like if you (make) too many mistakes, you get punished and you lose the match.”

When asked what was his advice to the players after they were trailing by 1-0 at half-time, “First of all, I was surprised to see the team play in the first half. The team was playing poorly, without power and we lost too many duels. We want to change a little bit, to have more power and experience, and add some ideas for the team to implement them. In football, it’s like business and we have to accept the result but we have to shake off this result and carry on in every possible way.”

Brdaric admitted that they knew Odisha FC will come hard at them in the game as they have a potent squad.
When asked if he was surprised that the opposition attacked more in the first half, “No! I know about the strengths of Odisha FC, we have played against them. They have good wingers and players, especially in the offense who make the difference. We want to prevent it with solutions that we show the players, one was the own goal by Vafa (Hakhamenshi), but it happens. In football, you have to show a proper contest for 90 minutes to get a good result. We played against a strong Odisha FC team and we know it. We want to face them in our abilities and succeed.”

Chennaiyin FC will next take on Hyderabad FC at the Jawaharlal Nehru Stadium, Chennai on 3rd December.