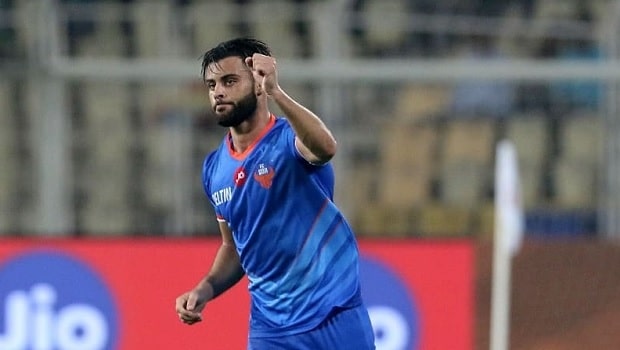 Although his total tally of goal involvements during these two seasons couldn’t be referred to as terrific numbers, those were decent returns for someone who was in his early 20s. In fact, the two editions of the tournament showed that the 24-year-old had in him what it takes to be the heart and engine of the midfield for the team.

And, as the current season of the ISL has shown so far, it looks like Boumous has unlocked his full potential. He has played only six out of Goa’s 10 matches so far and has almost equaled his last season’s tally of direct involvement in goals. Boumous now has three goals and four assists to his name already and is one of the main reasons behind FC Goa’s rise to the top of the table at the halfway stage of the tournament.

Six games! Just six games is what he has taken to create seven goals for his team. That’s 12 games lesser than what he took last season to create the same number of chances. This sums up the difference between the Boumous of last season and this season. It shows how much he has improved as a player.

The Frenchman has improved his finishing skills and his chemistry with the players seems far better too. That has helped him in creating more number of chances for every game. He has known most of these players like Ferran Corominas, Brandon Fernandes and Mandar Rao Desai, among others, since the last two seasons. He understands their game well and that gives him the freedom to read their movements and press forward further.

Boumous was seen at his best in the match against Chennaiyin FC once again. He was involved in a total of three goals in the match as he scored one and assisted two. He was going up and down the field consistently, setting the forwards free and sometimes intercepting the opponents on the counter as well. This match showed how far his all-round game has developed over the past two seasons and it gives an indication about the damage Boumous is going to cause to the opposition’s defence in the forthcoming matches with his all-new aggressive avatar.