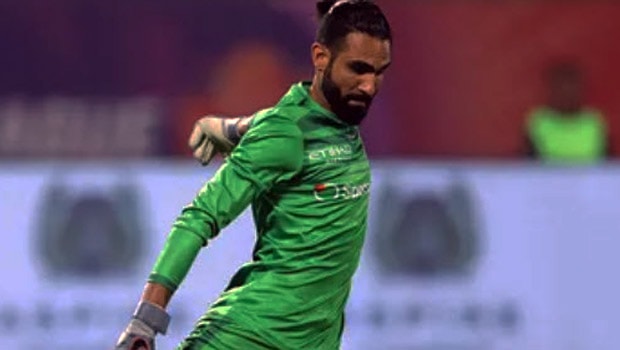 Injuries have been stated to be the major reason behind Mumbai City FC’s failure to qualify for the Indian Super League playoffs.

The Islanders goalkeeper, Amrinder Singh, disclosed this after the team’s ding-dong form and mixed results during the season.

injuries to the likes of Serge Kevyn, Paulo Machado and amine chermiti in the season hampered the team all through the season

Despite not making the playoffs spots, the goalkeeper insisted that he is delighted that the team remained in contention till the last game of the season.

“I am happy that we fought until the last moment. It was very difficult without key players,” Amrinder was quoted on goal.

The team had made the ISL playoffs the season before, and it was hoped that the Islanders would make it back to back playoff appearances, but Jorge Costa failed to lead the team to the league semi-final.

Mumbai had lost 1-0 at home to Chennaiyin in a must-win encounter on the 21st of February.

While making an overall assessment of the Indian Super League, Singh stated that the just-concluded season was a tough season, which underlined the improvements that the ISL has undergone in recent years.

Despite the tough oppositions and injury worries, Mumbai City FC players remained positive all through the season.

“Another positive sign in our team was that, despite the injuries, we always remained positive, which is something we should take pride in.” he disclosed to goal in an interview.

Goalkeepers in the India Super League have come under intense criticism for blunders committed during the season and Amrinder disclosed that this is as a result of the pressure Indian goalkeepers have put themselves under in a bid to improve as the ISL is not easy.

He reacted that games come quickly, and as such, goalkeepers need to be ready physically and psychologically, a task which he says is not easy.