ISL 2019/20: A look at the players with the best conversion rate 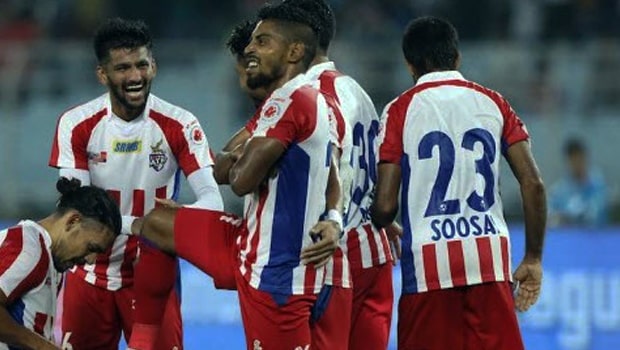 Just looking simply at the number of goals scored isn’t always the right metric to judge a player. A player should rather be judged on the basis of his conversion rate which is the ratio of the shots taken to the goals scored. We have seen many breathtaking goals in this season of the ISL and now it’s time to take a look at the players who have the best rate of conversion.

No surprises here. The top-scorer of the last season has the second most number of goals this season as well. Corominas has taken 15 shots in the seven games he has played so far and those shots have yielded an equal number of goals as well. His exploits are the main reason behind Goa’s comfortable rise to the top of the table.

The Fiji international is the top-scorer of the league this season League eight goals to his name in 10 games. Krishna has taken a total of 25 shots in these matches to score his eight goals. It is his form which has helped ATK to shrug off the disappointment form from last season.

The Spanish forward has been the leader of Jamshedpur’s attack this season. He scored five goals from 17 shots in a total of six matches before getting sidelined due to injury. Castel will be eager to start off from where he left off when he makes a comeback.

He has been ATK’s Super-Sub this season. Garcia has consistently helped ATK with late goals after coming off the bench in the last minutes of the match. He has taken just 11 shots to net his three goals and brings a nice spanish passing flavour in ATK’s midfield.

The midfielder has bettered even Odisha FC’s main striker Aridane Santana’s conversion rate this season. Xisco’s four goals have come from a total of 15 shots taken and that sums up how good his finishing skills are.