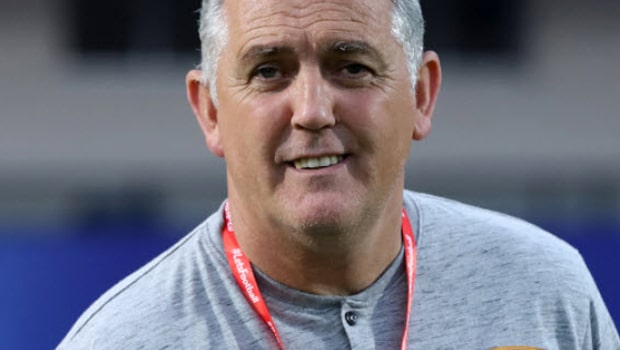 Sometimes the scoreline doesn’t tell you the right story in the football world. ATK FC scored three goals whereas Chennaiyin FC could only net one in the final of the Indian Super League 2019-20, which was played at Jawaharlal Nehru Stadium in Goa. Thus, ATK lifted their third ISL title to become the most successful club in the tournament’s history.

Marina Machans dominated the final with 62% possession as compared to 38% by ATK FC. Furthermore, they completed 401 passes as compared to a mere 138 by the eventual champions.

Chennaiyin FC head coach Owen Coyle stated that ATK might feel relieved to win the title and added the opposition had the rub of the green on their side. Coyle rued the chances which were missed by his team in the all-important final but also understands the fact that they were punished for missing their opportunities.

“We created a lot of chances and we played a very good game. The only thing that went wrong today was the result. We should have been two up in the first five minutes. But, ultimately, at this level, if you don’t take your chances, you get punished.”

On the other hand, it was a difficult pill to swallow for Owen Coyle as Chennaiyin FC had a perfect match except for finding the back of the net. The Irishman feels his team had to pay the price for not grabbing their opportunities as Marina Machans could not breach ATK defence.

“Don’t tell me that ATK played the better game. We had so much possession and we created so many chances. My disappointment is about how much we put into the game. But, if you don’t take your opportunities and concede soft goals, you pay the price. They were organized and put men behind the ball. If you ask me, ATK might feel relieved that they won the game. But, in knockout matches, it somehow depends on who gets that rub of the green.”

Meanwhile, Chennaiyin FC had made a stunning comeback in the league stages. In the fag end of the league stages, the team had to win almost everything to qualify for the semi-final of the tournament as they didn’t had the perfect start in the sixth edition of the league.

The players had their backs against the wall but they were able to turn the corner as they managed to win eight matches and secured 29 points to make their way into final four. Coyle added that he is proud of the way his boys played throughout the tourney but he also feels for the team, who could have created history.

“I have a wonderful bunch of players and they gave everything for the cause, especially the Indian youngsters. It’s been a joy to work with them. I can’t fault the desire and I am not one of those who will come out and cry if my team loses. I have had lots of experience having endured highs and lows but for those young players, I really feel for them.”

“You can either be sorry about your disappointment or you can start working harder from the next day.”

Chennaiyin FC might not have had the perfect result they were looking for in the final but it was a great season for them. Marina Machans had also defeated table toppers Goa FC in the semi-final to make their third entry into the ISL final.