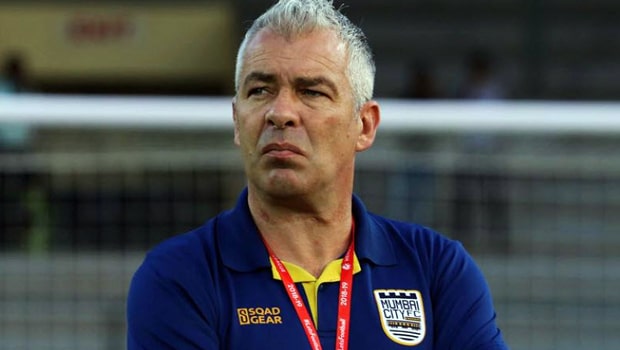 Indian Super League club Mumbai City FC have decided to part ways with their chief coach Jorge Costa. The decision was made as the team could not qualify for the playoff stages after their 0-1 defeat to Chennaiyin FC in the last league match. The team finished at the fifth place in the ongoing season with 26 points under their belt with five wins in allotted 18 matches they played.

Ergo, the club has decided against renewing the contract of their head coach. The Portugese’s had taken over the coaching reins in the 2017-18 season of the Indian Super League. Additionally, assistant coaches Marco Leite and Pedro Miguel Correia will also leave their respective roles along with Costa.

Costa produced the best result in his tenure when he took the team to the semi final stages in his debut season of 2017-18. However, the team could not go on to the final as they lost 5-2 to FC Goa.

The former FC Porto defender was able to instil the confidence in the Islanders’ players and it was under his tutelage that the team took massive strides whenever they stepped on the field. He was able to get the best out of his players and gave his all to the club.

Subsequently, the team’s CEO Indranil Das Blah gave gratitude to Jorge Costa for his immense contribution towards the rise of the team.

Indranil Das Blah said, “We’d like to thank Jorge sincerely for his immense contribution to the club during his two seasons with us, including a memorable run to the play-offs in his first season. Everyone at the club wishes Jorge well for the future.”

The ISL 2019-2020 is over for Mumbai City FC and it would be interesting to note who they will get on board in their team’s think tank before the next season kicks off.

Mumbai City FC is yet to get their hands on the ISL trophy thus far and they will like to tick the right boxes in the next season of the league.