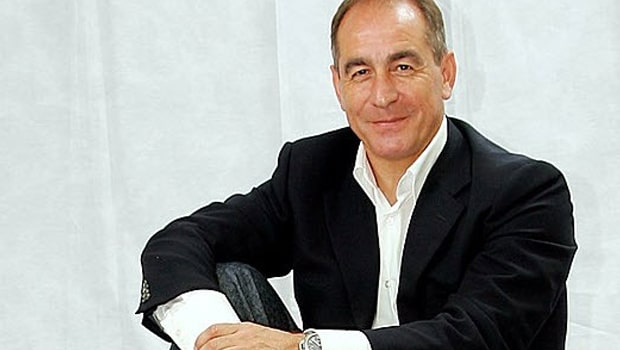 Antonio Lopez Habas’ re-appointment as ATK head coach for the new Hero Indian Super League (ISL) campaign has been met with optimism by fans following two dismal seasons that saw the two-time champions fail to even make it beyond the group stage. After all, it was Habas at helm when ATK became the winners of the inaugural edition of the Hero ISL.

The Spanish coach was in-charge of ATK for the first two seasons, which ended in title triumph and a semi-final finish. ATK also won the third Hero ISL season under Jose Molina, but their fortunes took a severe nosedive in the two subsequent campaigns that saw them fail to progress to the semi-finals. The Kolkata-based club finished last season in sixth spot in the league standings under the tutelage of Steve Coppell, who was entrusted to bring back the glory days for the club.

What transpired in actuality though was very different as ATK produced rather bland displays devoid of any sort of creativity and thrust. Their listless showings weren’t just reflected on the pitch and in results, but also in the stands that were mostly empty as the fans grew increasingly disillusioned by what they were seeing.

Habas by nature is the antithesis of Coppell despite both coaches adopting a similar pragmatic style of play. That said, flexibility is one key area where the Spaniard trumps the Englishman. This was evident over the course of both their stints with the club. While Habas’ tactical flexibility helped him concoct an unlikely win in the 2014 Hero ISL final over Kerala Blasters with a side reduced to its bare bones; Coppell’s strategic acumen failed him whenever things went off script.

Unlike the stoic Coppell, Habas’ passion will also reignite the fire in the belly of the ATK players and fans. Known for wearing his emotions on his sleeves, Habas will not settle for the drab and insipid displays that has characterized ATK over the last two seasons. Add ATK’s array of talented players – both old and new – to that and a revival in their fortunes this year isn’t that difficult to envision.

In fact, if anything, Habas’ options in his second stint with ATK are far better than those in the first. Manuel Lanzarote, Edu Garcia, Jobby Justin and Michael Soosairaj gives Habas an array of attacking choices far superior to the likes of Fikru, Joffre Mateu and Luis Garcia – his influential attacking trio during the first spell.

The Spaniard was criticized for playing defensive football team in his first spell with ATK, however, what’s often overlooked is that he wasn’t exactly spoilt for choice while assessing his attacking options from the bench. This time around though there can be no such excuses and after two uninspiring campaigns, both ATK’s fans and owners won’t settle for anything less than a vibrant brand of Indian football games.

Getting the club back to competing with the best teams in the country may not happen overnight but in Habas, they have an individual who’s certain not to leave any stone unturned in that regard. His first course of action though will be getting his players enjoying their football, which is something it didn’t look like they were doing last season. Attacking football will bring fans back to the stands, while also making the Salt Lake Stadium an intimidating cauldron of noise that was prevalent especially in Habas’ first season with ATK.

Once he manages to get the players performing to the best of their ability, the fans will certainly get more involved as the two-time champions look to revive the winning formula that served them so well in the first three editions of the league. Regardless of whether that happens instantly or not, the one thing that ATK fans can be happy and optimistic about is their post-season activity that’s seen them go back to basics in their bid to reclaim lost glory. (click for more Indian football team news)