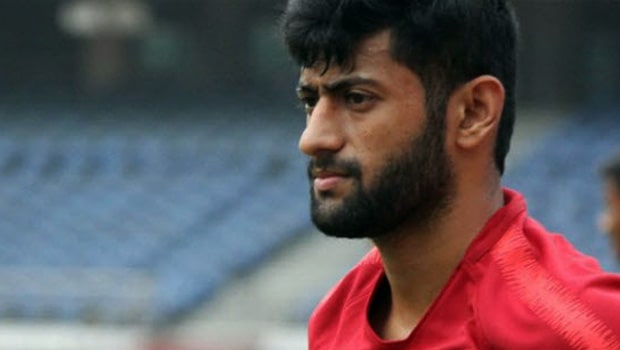 There are always lessons to learn when you don’t do well in the tournament. You get time to introspect what went wrong and then you can work on the same and improve your game. There were new learnings for Hyderabad midfielder Nikhil Poojary after a horrible season for the team.

Hyderabad FC finished the Hero Indian Super League 2019-20 as the wooden spooners as they could only manage two wins out of the 18 matches of the league stage. Thus, the club will be looking to turn the tables in the forthcoming seventh edition of the league.

Meanwhile, Nikhil stated that he has had a good time with Hyderabad FC thus far and he would aim to bring out his best. Furthermore, the team has a new coaching staff and they would look to be at their best under the tutelage of Manuel Márquez Roca.

“My time at Hyderabad FC has been amazing. Although the last season wasn’t the best, it still helped me learn things. This year we have a new coaching team and have added new players. I am hopeful that we will do better and enjoy it even more,” Poojary told sportskeeda.com.

In fact, the upcoming season will be the second edition of the league for Hyderabad. Poojary who has played two seasons in the Hero ISL, believes the league gives a good opportunity to domestic players to improve their game while playing with the overseas players, who bring great skills to the table. Consequently, the level of football has also improved in the league in the last six years.

“The ISL, being a newer league, is well organized and has seen a steady stream of good overseas players coming in and improving the quality of the league further. For players like me, it is helpful as I get to learn from these players who have played around the globe when they share their journeys with us,” the 25-year-old said.

Nikhil added he wants to help his team win in the upcoming season. The ISL 2020-21 season will begin from November 21.