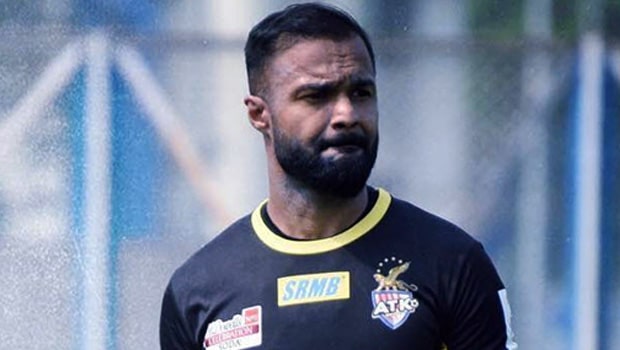 ATK Mohun Bagan FC have signed Goalkeeper Arindam Bhattacharja on a two-year contract, the club announced on Sunday. Arindam was part of the ATK FC and played 38 matches for the Kolkata club in the last two seasons.

In fact, the 31-year old was second in the race for the Golden Award winner, which was eventually won by Bengaluru FC Gurpreet Singh Sandhu.

Arindam added that it was an honour to lift the ISL trophy in the previous season and he would try to give his best in the team’s quest to defend their title.

“Winning the ISL while representing Kolkata was very special. Playing for the Mariners this season will be an honour. I have amazing teammates who shield me on the pitch and I too will give my all as we attempt to defend the trophy,” the Arindam said after inking the deal.

Meanwhile, the Goalie has been part of the league since the beginning of the tournament back in 2014. In fact, he has played in all the seasons of the tourney and has made a total of 56 appearances. He started his ISL journey with Pune City FC and got to play 16 matches in the first three seasons of the competition.

Subsequently, he made a move to Mumbai City FC in 2017-18 but played only two matches for the Islanders. Finally, he moved to his home state to join ATK FC and did a fine job for the club. In fact, he kept clean sheets in 13 matches in the last two seasons.

Furthermore, he was awarded the Hero of the match award for his brilliant performance in the finals against Chennaiyin FC in the 2019-20 season. The ISL 2020-21 season will begin from November 21.