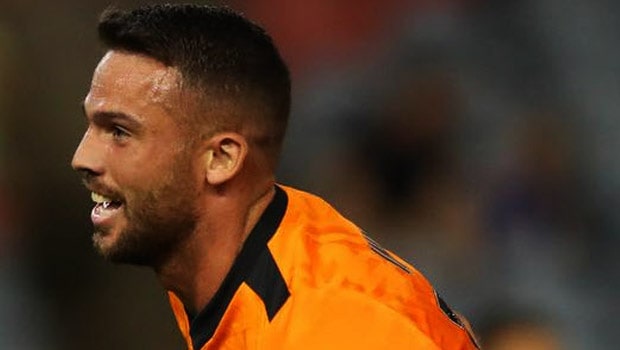 The ISL reigning champions ATK Mohun Bagan FC have signed midfielder Bradden Inman from A-league side Brisbane Roar for the upcoming season of the Hero Indian Super League, the club announced on Monday. The 28-year old Australian is delighted to join hands with the Kolkata giants and he would be looking to come out with his best.

Inman stated that he is happy to be joining ATK, which has a huge legacy in Indian football. The versatile midfielder also added that he is looking forward to playing in India, where the game is growing fast.

Inman follows the likes of Roy Krishna and David Williams in joining ATK from the A-league and thus he would be looking to deliver the goods.

“I am delighted to have signed for a club with so much history and legacy. I am excited to be part of a league and country where football is growing fast. I cant wait to join and get to know my teammates and staff. I want to play a key role in the team’s endeavour to defend the title and succeed in Asia,” Bradden said after penning his contract.

Bradden started his youth career with English club, Newcastle United and then played with Crewe Alexandra on loan before permanently moving to the club in 2013. From 2013 to 2019, Bradden went on to play for various England clubs in the lower leagues. He played for Peterborough United before joining Rochdale AFC.

Subsequently, for the 2019-20 season, Bradden decided to move back to Australia, where he joined Brisbane Roar. The 28-year midfielder was instrumental in the success of his team and led them to a quarterfinal finish. He went on to score four goals and provided five assists in the 25 matches he played for the club.

At the International level, the midfielder has represented Scotland at youth and Under-21 level.

Earlier, ATK Mohun Bagan FC had secured the services of Spanish defender Tiri from Jamshedpur FC. Thus, the duo of Tiri and Bradden Inman will provide solidarity in the defence and midfield area respectively.